A lot of great stuff happened this week, but I'm a still a little groggy from a late night hangin' with Serena and DirtyRobot, so please bear with me.

From Michael to Victor.

A great piece of news I heard this week was that actress Danielle Harris has been cast in the upcoming Hatchet 2. Starting from her humble beginnings as a child actor in Halloween 4 & 5, she made the awkward transition into adult roles with appearances in Urban Legend and the TV series Fear Clinic. She was definitely one of the FEW bright points of Rob Zombie's Halloween remake, and I can't wait to see how she fares against Adam Green's monster Victor Crowley. No word on if she's replacing the first movie's final girl Tamara Feldman, but when I know, you'll know.
The Name Says It All.

A while back I posted a hilarious looking trailer for a titilatiing (insert groan here) little short called Boob, about an implant run amok. Well, this week Twitch posted the entire short online. Check it out by clicking the image below. 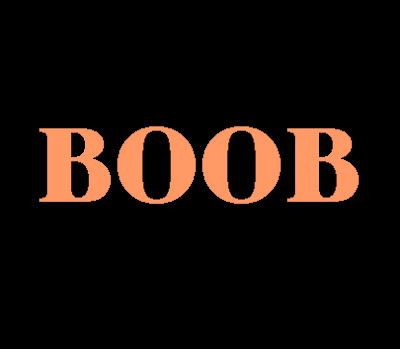 A video game that has been eating up a lot of my free time lately is Modern Warfare 2. Well, it looks like in addition to the gajillion gamers out there, Hollywood has taken notice and given the talent director of the game a shot at the 'big time'. Slashfilm reports that Keith Arem, who was responsible for directing the impressive voice talent of MW2 - which included the likes of Lance Henriksen, Keith David & Barry Pepper - has been tapped to direct a horror script in development. Frost Road revolves a man who wakes up after a car accident to find he's one of the only survivors of a viral outbreak. Okaaaaay, I'm listening. For more on the story, click here.
Sundance Goodies.

It's December, which means that Sundance is just around the corner, and more importantly Park City At Midnight. This week, they announced a pretty intriguing line-up of titles. Some of the films on the docket are;
Buried and Frozen are two films where minimalism is the order of the day. The first, directed by Rodrigo Cortes and starring Ryan Reynolds, involves a man working in Iraq that wakes up to find himself in a coffin. The second is Adam Green's new flick that has skiers stranded on a ski lift. There are also THREE Canadian films playing at Sundance - the comedy horror Tucker & Dale Vs. Evil, Daniel Grou's 7 Days and after its impressive debut at the Sitges Festival in October is Vincenzo Natali's new film Splice.
You can look up the rest of the list here.
Posted by Jay Clarke at 10:07 AM

Great post! I just wanted to say that I really love your blog.