Good morning everyone. I hope you are all enjoying your May two-four festivities.  Here's what I've got for you today.


Last week, Rue Morgue announced three more guests that will be appearing in August at their annual Festival of Fear event. 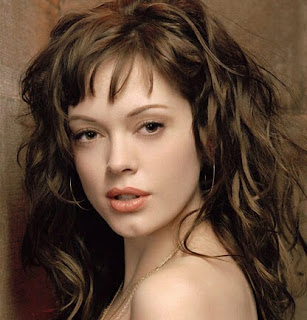 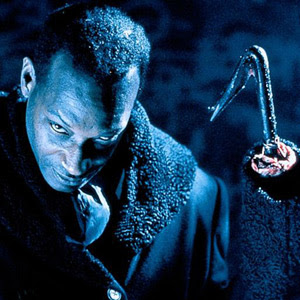 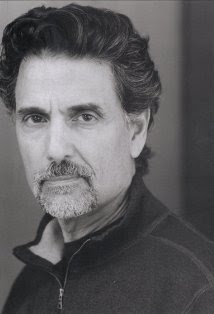 
This trio was announced on the heels of previous news of Juliet Landau & James Marsters (Spike & Drusilla from TV's Buffy), Norman Reedus & Jon Bernthal (from TV's The Walking Dead) and the True Blood trio of Sam Trammell, Denis O’Hare & Nelsan Ellis would also be appearing.  And let's not forget the guest of honour, John Carpenter! Oh yes, it is shaping up to be a great August indeed. For more info on the Toronto Fan Expo, go here.

Playing at Cannes this week is French director Franck Khalfoun's remake of Bill Lustig's seminal 1980 slasher Maniac.  Before my knee-jerk reaction to remakes when into effect, I decided to research who was actually behind this and was excited to find it was one of my favourite partnerships, Alex Aja & Grég Levasseur. You know of my well represented love for High Tension and Piranha 3D, but I also quite enjoyed P2 and happen to think that The Hills Have Eyes is one of the best examples that not all remakes blow.  The three of them together have a wonderful visual palette that is fully on display in the newly released trailer below.


So, let me be clear. Joe Spinnell cannot be replaced.  And neither can the gritty and sleazy ambience of late-seventies NYC. However, I have faith that this iteration will have merit and stand next to it proudly as a modern companion piece.


Also making its way around the Cannes film market last week was the Soska Sisters newest effort, American Mary starring Katherine Isabelle. Here below are two posters that surfaced on the Net this week. 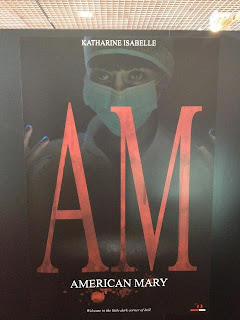 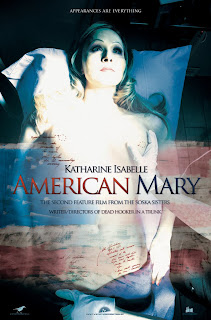 A cautionary tale about the perils of plastic surgery, I'm very curious to see how much the Soskas have grown as filmmakers since their 2009 debut Dead Hooker In A Trunk. For more info on American Mary, go here.
Posted by Jay Clarke at 11:51 AM