I realized this morning that yesterday's eleven-hour marathon session of The Last Of Us probably wasn't the healthiest thing in the world, so after this I'm going to like, go for a walk or something.

I found this great poster for V/H/S 2, or more specifically for Jason Eisener's segment “Slumber Party Alien Abduction” on FearNet this week. 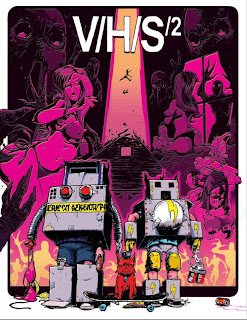 I absolutely love the colours and style of this piece. V/H/S 2 is now available on VOD, and will be seeing a limited theatrical release on July 12.

A few weeks ago, Fantasia announced some awesome projects being showcased in the second edition of its Frontières film market. These included new films from the likes of Joe Dante, Richard Stanley, Andrzej Zulawski and homegrown hero Steve Kostanski.

This week, Fantasia put out a press releases for some of the “Off-Frontières” pitches, some of which are equally as intriguing. Here's a few that caught my eye.

Canuxploitation - A documentary from the makers of Rewind This about, you guessed it, the history of Canadian genre film.

Unknown Delivery - The new film from Maurice Devereaux, director of one of my favourite guilty pleasures, $la$her$.

Fantasia is but one month away and you can be sure I'll be there to report on the opening week's festivities. For more info on the festival, go here.

I just wanted to share these two pictures I took while in Vegas a few weeks ago. 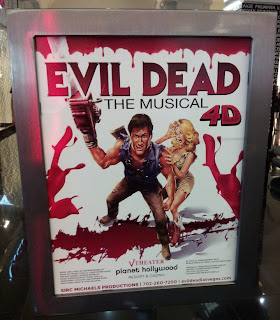 So, the question is... What is 4D??? I guess that just goes to show you. Everything's bigger in Vegas! 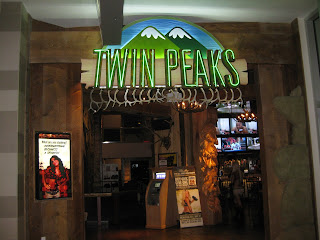 Twin Peaks is apparently a sports bar, as well. Though apart from a decor that slightly resembles The Great Northern, it bears NO resemblance to the show. The waitresses dress like Daisy Duke and hula-hoop in the front area to “attract” customers. It happened to be next door to Goretorium, so I went in to ask what the connection was;

“None,” she said. “We get people asking that every once and a while.” She then went on to ask what it was. Of course, my first reaction was to say “You've never heard of the show?!” However, looking at her, I realized she likely wasn't even alive – shit, her older sister probably wasn't even alive – when the show was on. So, I said, “It's a great show from a long time ago. You should watch it. It's on Netflix! I'd say you're obligated if you work here.” Then my friend & I used some hookers to bypass the line at a nightclub. But, that's another story.