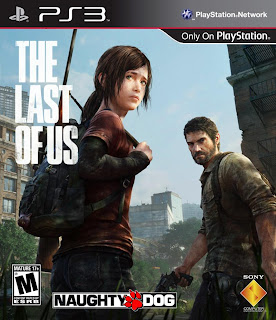 It took me a long time to gather my thoughts on The Last of Us, because it was such a sublime experience. I'll try and stay away from the clichéd superlatives that you've probably heard bandied about so far, but it's going to be tough, as they are all richly deserved.

Californian developers Naughty Dog continue to be way ahead of the curve when stretching the boundaries of video games as a storytelling medium. I have to also applaud them for evolving beyond their already stellar benchmark with third-person action gaming. While their previous Uncharted games felt like big summer blockbusters, The Last of Us was more like top-tier episodic television. Just the opening twenty minutes was more epic and affecting than anything I've seen in three seasons of The Walking Dead. 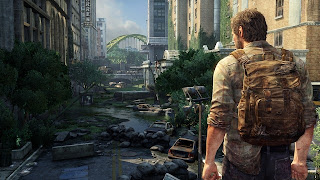 The two leads, Troy Baker & Ashley Johnson, as Joel & Ellie respectively – yes, I call them leads as if they are actors in a show, because that's where we're at now – are phenomenal. Their relationship was every bit as strong as the relationship between Lee & Clementine in Telltale's recent stunner The Walking Dead, but also had the tech and gameplay to take it to another level. Naughty Dog is beyond simple motion capture, they have now broken through into performance capture. This is the first game where I could truly see nuance within facial expressions and there was actual life behind the character's eyes. That in particular is something that has eluded game makers for years.


It also helped that they were backed by some really great writing. Whether it was during the really big action moments, or the more quiet ones, like when Ellie is reading to Joel from a joke book she found, I was riveted because I felt like I was looking through a window into a living, breathing world. All of this was then blessed by a marvellous acoustic guitar-driven score by Gustavo Santaolalla. Even the simple twangy riffs of the title screen felt just right.

As for gameplay, I felt the mechanics flowed well. Say what you want about QTEs, there is no question that they instill a feeling of interactivity that is lost without them. As much as I enjoyed Bioshock Infinite, I couldn't help but feel like a spectator during some of its larger action set pieces. And unlike my experience with that game, I never felt overwhelmed by my options, or that I wasn't using them to their full potential. In The Last of Us, once I got my holsters and crafting sorted out, I felt like a bad ass. I also felt that the archery here was tighter than in my previous experience with Tomb Raider. I got really good with the bow towards the end and tended to use it whenever I could. 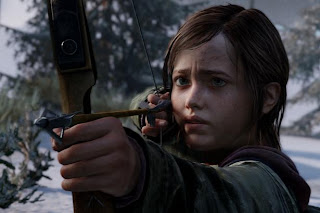 Like most third-person action games, there is a lot of repetition, but just like the best of them (Dead Space, Infamous), there was a visceral satisfaction derived from each challenge that it never got boring. I felt that by design, The Last of Us gave me so many ways to attack a situation that it never quite played out the same way twice.

If I was to nitpick, I would've liked a little more variety in the types of infected creatures you encounter. The only reason I mention it is because while subsequently looking through the art galleries, I saw some sketches for some early concepts. All I could think was, “why didn't I get to fight these guys?!” After some digging I found this making-of featurette that explains their origins.


Other than that, the few minor technical hiccups I encountered seemed to occur less and less the further I progressed into the game.


The Last of Us far exceeded my expectations and showed that even though the next generation of gaming is on the doorstep, the current one still has a lot of magic left to show us. It is games like this that make me proud to be a gamer.
Posted by Jay Clarke at 10:00 AM