Last Friday, I finally got my butt down to the Lightbox to check out the David Cronenberg exhibit, Evolution. 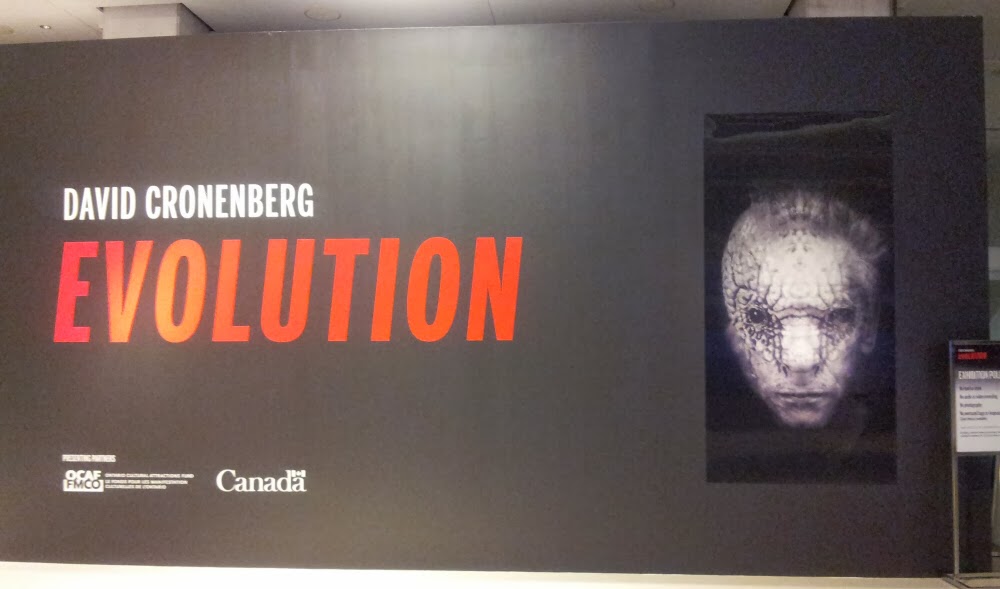 It did not disappoint! Starting with his early experimental works from the late sixties, Cronenberg's entire career to date was laid out before me. I was really impressed with some of the relics on display. Great care was given to celebrating just how important he is, not just to Canadian film, but film in general. 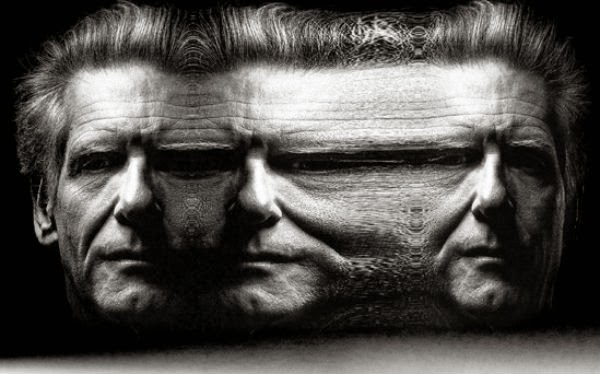 Even though the show feels like one long journey, the literature accompanying the exhibits does break down Cronenberg's career into three parts. The first part includes Shivers up to Scanners, where the protagonist has been affected by medical experimentation in some capacity. The second runs from Videodrome to Naked Lunch where the protagonist assumes control of his fate. More specifically, unlike being preyed upon by the mad scientists of his previous works, these protagonists are often the purveyors of their own suffering, by way of their particular obsessions. The latter part of Cronenberg's career sees him moving away from using genre to mask his metaphors. His films all share the same theme of being consumed by some outer influence, whether it be a body-changing parasite, or some zealous ideal.


Anyway, enough with the academia. Here's some of the cool shit this thing had to offer.

There were so many cool props here. It really just reminded me how visually cerebral the work of Cronenberg really is, and how many of his films I need to rewatch. Naked Lunch and Existenz especially.


There were lots of pullout drawers throughout the exhibit which showed everything from early design sketches to excerpts from unproduced screenplays. My favourite were the test screening viewer cards for Videodrome which had things like, “Absolutely Disgusting!” and “SUCKED” scribbled across them. Everyone's a critic I suppose.


There was an entire section dedicated to Naked Lunch. We are so lucky that this movie was made before the mass CG era. The design team really had to work overtime for the sheer amount of crazy creatures that appear in this film. 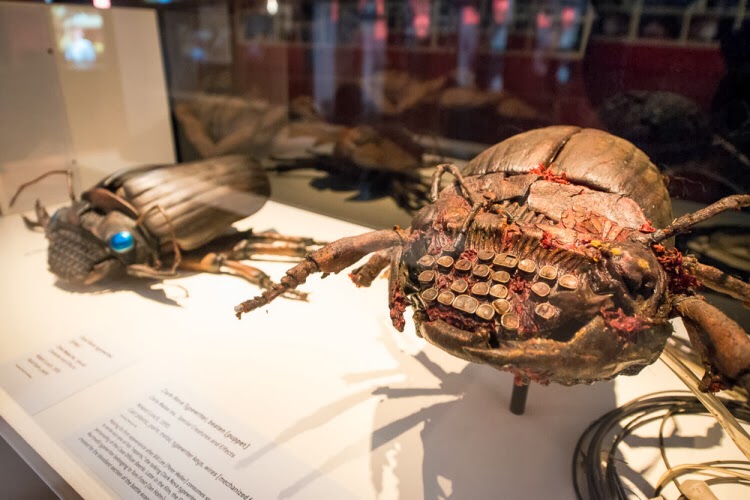 The tour was capped off with a cool little twenty-minute documentary that culled together interviews with the man over the course of his career, including bits from this one from 1982.


This was the first exhibit that TIFF has created, so I wager it will be going on tour at some point. If this ends up near you, I implore you, GO! I'm telling you, you won't regret it. You haven't lived until you've had a few with a Mugwump! 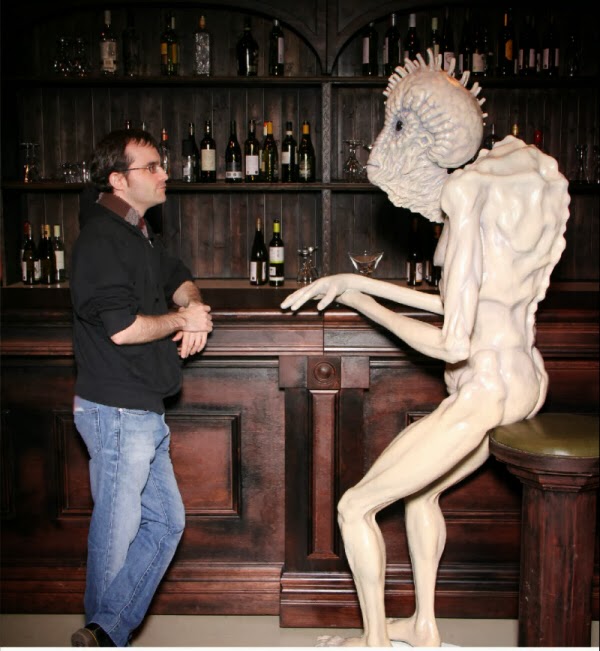