So, here we are at the start of another year. I have to say though, looking over the coming horror landscape it looks a tad anemic. Weeding out the studio chaff I have no interest in, there appears to be less meat in this year's sequel & remake sandwich that I'd like. Despite that, I remain cautiously optimistic, as I know the festival circuit will bring forth a bevy of titles during the year that I have yet to hear about. For now, here are the titles I am excited for in 2014.

Writer/Director/Fanboy Kevin Smith has a new horror flick on the way. I was a big fan of Red State and felt it really gave Smith a chance to spread his wings creatively. This one has to do with the search for a missing friend in the Canadian backwoods. Degrassi references abound! Oh, and it also has Michael Parks in it, so what's not to love?

Short filmmaker Riley Stearns brings us his feature debut, about a couple trying to wrestle their daughter (Mary Elizabeth Winstead) from the grip of a mysterious cult called The Faults. I adore Winstead, and after her stellar performance in last year's Smashed, her star continues to rise.

I posted the trailer last week. I am intrigued with this one, as the filmmakers seem to have come up with a legitimate reason for the “found footage” format. It may not be pretty, but it may surprise.


The Town That Dreaded Sundown (TBD)

More of a sequel than a remake, the story picks up sixty-five years after the original Moonlight Murders with a new string of murders terrorizing rural Arkansas. The director, Alfonso Gomez-Rejon, has helmed a dozen episodes of American Horror Story and an impressive cast of character actors including Gary Cole, Veronica Cartwright and Ed Herrmann make this worth a look. Let's see if the trombone makes an appearance this time around.


So yes, I was slagging on sequels, but there are several I actually am looking forward to seeing.

It's a bit strange that three of those four are anthologies, but I look forward to them all. Theatre Bizarre and ABC's of Death were uneven to be sure, but I feel the former's line-up is too stellar to pass up, and the latter's sophomore group of filmmakers learned from their predecessors about what worked and what didn't.

My excitement for this one should be self evident. Jaume Balagueró's return to straight-up horror (after the comedic tone of Paco Plaza's previous installment, Genesis) is just what this doctor ordered. This one continues the story of Angela after her extraction from the infected apartment complex of the first two films.


The films I am likely most looking forward to seeing are the crop playing Park City this month. 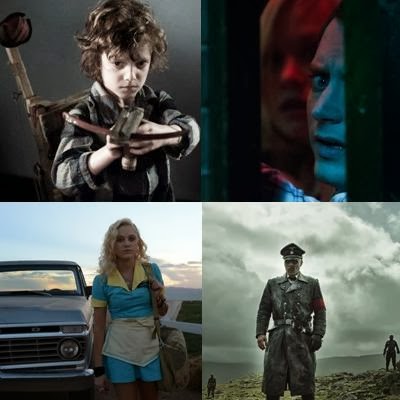 I went over them a few weeks ago, but Adam Wingard's newest, another wave of Nazi zombies and rabid children attacking their teachers is enough to make any horror fan drool.

Oh, and I guess there's this too. 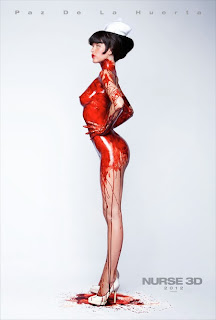 Lastly, I wanted to get stoked for 7500 - It's Takashi Shimizu, and has a ton of actors I like - but when the marketers pull shit like THIS

It's really hard to pretend everyone behind this isn't on auto-pilot (see what I did there?)


So yeah, we'll see how it goes. Fortunately for the rest of you, you'll  also have bright spots like Oculus, The Sacrament, Green Inferno and Horns making their way to mainstream screens this year to fill in those open spaces. See you in the dark!
Posted by Jay Clarke at 12:30 PM

That's definitely Top 5 anticipated for sure.