Okay, I guess I should get my ass in gear and start posting these Fantasia reviews. Barely having enough time to drop my stuff off at the hotel, me and my crew headed out to the opening film, the Canadian premiere of Red State. 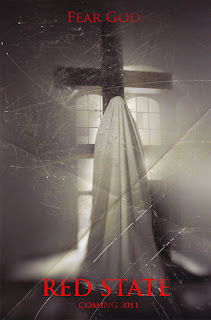 Three high schoolers (Michael Angarano, Nicholas Braun & Ronnie Connell) hook up with an older woman they met online and consequently run afoul of a group of Christian fundamentalists.
Contrary to what the bylines would have you believe, Red State is not a horror movie. It is... well... I'm not sure what it's supposed to be, but that's not necessarily a bad thing. I actually liked this movie quite a bit. I respect Kevin Smith for trying to spread his wings. He has essentially been making the same movie his entire career, and yes, there are times where his more familiar traits peek out from behind the curtain here, but Red State is something new for him. 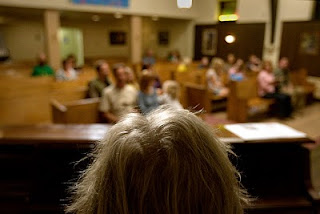 I think what surprised me the most was just how unconventional it was. I was expecting it to be a fairly standard piece about religious fundamentalists, filtered through Smith's wry sense of humour, but it is more than that. Red State is one of those movies where just when you think you have it pegged, it veers off in an unexpected direction. This is very difficult to do in this day and age, but this movie accomplished it on at least four different occasions during its running time. This does cause a lack of focus that I can fully relent will turn off a good amount of viewers - and I would usually be among them - but here, I found it exciting.
In addition to Smith getting more adventurous with his subject matter, the same is also true with his camerawork. There may have been one too many indulgences with the SnorriCam, but that was probably just a case of a kid wanting to show off his new toy. Red State is a well shot film, going far beyond the scope of the static leanings we've come to expect from him. 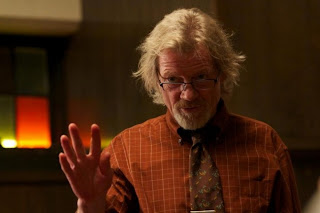 Lastly, Red State is anchored by some excellent performances. Michael Parks, as Pastor Abin Cooper, really gets a hold of this role. His ten-minute long church sermon sequence rolls off his tongue effortlessly. John Goodman appears as an seen-it-all federal agent and received a round of applause at the screening when he first came onscreen. Red State is also chock full of cameos, including Kevin Pollack, Stephen Root, Marc Blucas & Patrick Fischler.
Overall, I was pretty impressed with this movie, but I can see why it may be a little difficult to market. It is not as clean cut a picture as the advertising would have you believe.
Posted by Jay Clarke at 2:41 PM

Hi, my name is Guille Gatti, I´m a editor/producer of horror films mostly (http://www.imdb.com/name/nm2000315/ [4]) I came across your page by the very good Red State Review , and I was wandering if we can get a review of our multi awarded horror short DEUS IRAE (it won Best
Potential on Fantastic Fest, was Official Selection at Sitges as well as winner of other 16 int. awards)

Now we decide it to launch it online, after 1 year running the festival
circuit, we´re a very small production house here in Argentina an every
review or even mention counts, of course
if you want to spend 15 minutes watching the short and if you like, we
would love to be featured in your site.

Thanks for reading, all the best and I live you with the link: