Attack Of The Reps!

It is a pretty exciting time to be a genre fan in Toronto, but things weren’t always so rosy. In fact, about six years ago, the future looked downright grim. It seemed that repertoire theatres were on their way out. The York & Uptown theatres had been closed down, with several others like The Paradise and The Kingsway right behind them. The big multiplexes were apparently winning the battle for screen domination.
Then, a funny thing happened. The community fought back. Toronto’s flagship movie houses like The Bloor began to flourish and The Royal, Kingsway & Revue cinemas were reopened due to popular demand. What made them unique from their bloated and overpriced brethren was that they often catered to the fringe. By the time Grindhouse hit screens in 2007, the exploitation revival was in full swing and everything old was new again. This led to increased interest, and a burgeoning market.
Now, four years later, Toronto is thriving with alternative movie-going options. The Toronto Underground Cinema and the newly re-opened Gerrard Cinema are brimming with tasty offerings, as well as weekly screenings at unconventional spaces like Trash Palace and CineCycle. Here’s just a sample of what happened here in town last weekend. 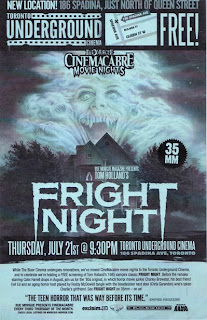 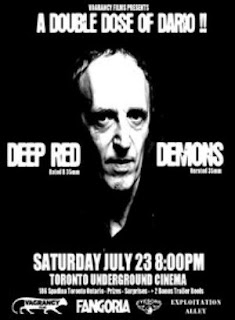 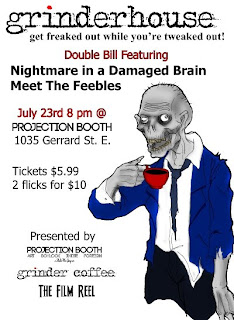