Okay, let's get back on track here. I'm just going to quickly run through a bunch of recent news because I'm a little burnt out after all these Fantasia reviews.
The Thing prequel trailer popped up online a week or so ago.

Am I the only one getting a sense of deja vu here? This looks far less like a prequel than it does just a straight up remake. I am quite fond of Mary Elizabeth Winstead, so I will be seeing this regardless, but I can't deny my "why bother" sense is tingling. The good news is that this won't be a CG wankfest, as I've heard from reliable sources that there was a real attempt to keep the effects as practical as possible.

Every year, there is a new Evil Dead remake/sequel rumour that makes the rounds, and the latest has clawed its way to the surface just in time for Comic-Con. This newest incarnation will be helmed by filmmaker Federico Alvarez, whose short film Panic Attack tore up the Internet a few years ago. Raimi will on board to produce and Diablo Cody is apparently the latest in a long line of scribes to tackle the script. I'm of the opinion that they should just let sleeping Candarian demons lie, but at least it is Sam pulling the strings, and not those mouth breathers over at Platinum Dunes.
The trailer for the second season of AMC's The Walking Dead was unveiled at Comic-Con this week.

Man oh man, are they dragging things out here? At this rate, they are going to be in season four by the time the big shit starts happening. It really doesn't need to be such a slow burn.
Speaking of TV, I heard Alex Aja is working on a Scanners series. I'm skeptical that I'm going to be seeing any exploding heads on the airwaves anytime soon, but the idea of Aja doing Cronenberg does intrigue me.

In random video game news, Mortal Kombat announced some DLC which would enable you to play as Freddy Krueger.

A cool idea, but I kind of lost interest when I saw the character model was not Robert Englund, but Platinum Dunes' remake imposter. Plus, why exactly does he have TWO gloves?
In Los Angeles, Crazy 4 Cult 5 is showing now at Gallery1988. An artist who caught my eye was Robert Brandenburg, who adds his own unique flourish to existing art and print advertising. Take this old Pan Am ad for instance. 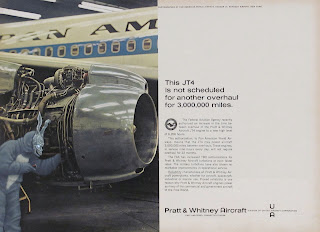 Lastly, I want to wrap up my Fantasia coverage this year, by pointing out their Vimeo site, which has tons of archived interviews with the filmmakers and talent from the festival. I didn't mention in my The Theatre Bizarre review that it also features the lovely Lynn Lowry. Below, is an interview where she talks about her experiences on David Cronenberg's debut Shivers, which also had a retrospective screening this year.
Posted by Jay Clarke at 3:26 PM