A project that popped up on my radar a few months ago was the horror omnibus The Theatre Bizarre. 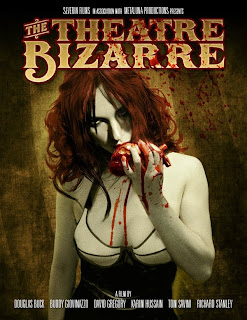 The project was conceived when director and Severin Films founder David Gregory (Plague Town) decided there was a distressing lack of horror anthologies being produced of late. He then corralled six other directors and had them contribute something that upheld the macabre tradition of the Grand Guignol.
The production design of the opening is immediately eye-catching. After all the segments were filmed, Gregory brought in Jeremy Kasten (2007’s Wizard of Gore) to produce a wraparound story, which features Udo Kier as an automatonic theatre owner. This makes for some wonderfully striking set pieces throughout the movie. 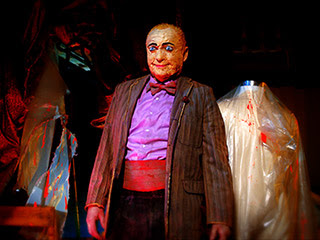 The big draw of The Theatre Bizarre for me though, was Richard Stanley. I am a big fan of his work and wish he made more films. His segment “The Mother of Toads” has a very Lovecraftian slant to it, thus making it the most supernatural of the bunch. The visual style wasn’t as pronounced as I would have expected from the man who gave us Hardware and Dust Devil, but the remote French locale – which Stanley now calls home – still made for an awesome backdrop.
After seeing this film, there were two things that fascinated me. The first was that even though these segments were created separately, many of them centered on unhealthy relationships. Buddy Giovinazzo’s (Combat Shock) short “I Love You” gave us a horribly acidic exchange between two lovers (André Hennicke & Suzan Anbeh.) It is a solid piece of work that could have doubled as a stage play. Tom Savini’s (1990’s Night of the Living Dead) “Wet Dreams” also had another unhappy couple, as did Gregory’s “Sweets.” The other thing was all the eclectic origins of each director’s stories. Stanley channelled his screenplay through a Ouija board (his guardian demon appears in the credits) and Savini’s was based around a dream he had when he was nine. Montrealer Karim Hussain (Subconscious Cruelty) appropriated a feature script he’d had kicking around for sometime that combined ‘women’ and ‘eyes’, his two obsessions. His “Vision Stains” segment is the most brutal of the group and will more than likely make you cringe on more than one occasion. 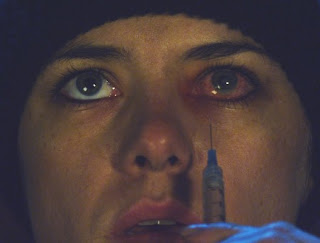 The segment that stood out the most for me was Douglas Buck’s (Family Portraits) “The Accident.” Its meditative tone starkly contrasted the bloody chaos of his Bizarre brethren. Buck explained later that because he felt his earlier works were fairly passive in nature, so he consciously attempted to go for something more emotional. I can see the growth here, but he’s always had an effortless grasp of the short film format.

At the Q&A and the subsequent panel, you could see there was a clear camaraderie among the directors. Each director’s piece was his own, but there was also a lot of collaboration involved. Hussain shot a few of the other sections, and Buck took on some editing duties. They all just looked like they were grateful to have had total freedom to express themselves. I can see why that would be, as after that whole Masters of Horror debacle with Takashi Miike, free reign is seemingly hard to come by these days. There was also a lot of talk during the panel about other people who were approached for the project. Gregory did talk to some female genre directors, but was turned down and Kasten originally wanted Skinny Puppy front man Nivek Ogre for the role that eventually went to Kier. 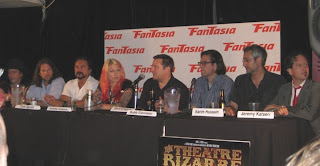 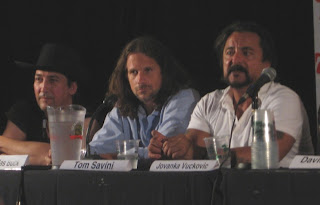 Overall, I think this anthology was a successful venture. The segments are a bit of a mixed bag, but there are so many visual marvels on display that make it a must-see for genre fans. I hope that Gregory moves forward from here and we haven’t seen the last of The Theatre Bizarre.
Posted by Jay Clarke at 5:42 PM