I can announce some fantastic news now. The ABC's of Death submission M is for Manure that I co-wrote with my buddy Schwartz was picked to be included in The ABC's of Death 1.5! The producers were so impressed with the number of solid entries for the letter 'M', that they decided to choose their twenty-six favourites for a future digital release in conjunction with the upcoming sequel. Here's what producer Ant Timpson had to say about it;


“The production team had a real blast selecting the 26 shorts that make up ABCs of Death 1.5. The hard part was only selecting 26, as the competition provided so many outstanding entries. We couldn’t be happier with the final lineup. There’s enough horror, humor, weirdness, and frankly – truly fucked up material to give even the most jaded fan a wakeup call from Hell.” 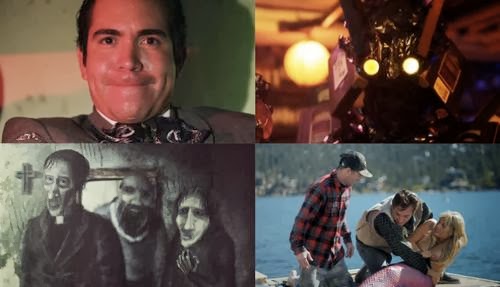 The other twenty-five entrants chosen were;


I'm really honoured to be amongst such great and talented company, especially Todd Freeman, Summer Johnson, Steve Daniels, Tim Rutherford & Cody Kennedy as their entries were among my favourites.


As I said, ABC's 1.5 will have a digital release sometime this year, but also screen at select Drafthouse Theatres. That's probably the best thing about this whole experience. Knowing that something I had a part in is going to play the Drafthouse is an amazing feeling.
Posted by Jay Clarke at 10:00 AM