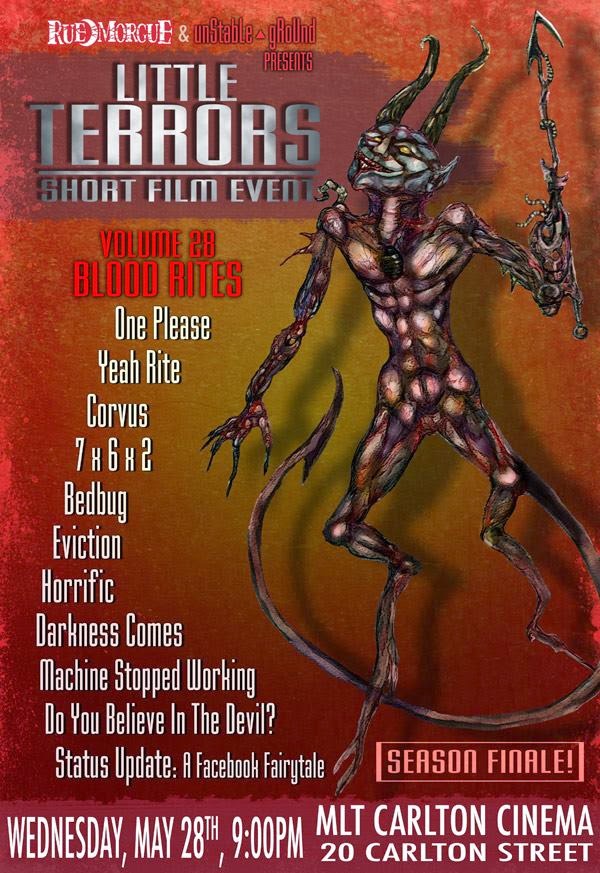 
I was very happy to see my friend Nate Wilson's short Glow featured here. It played TIFF earlier this year as part of the Next Wave Young Filmmaker Showcase, where it won first place. Nate continues to impress me with his skills that continue to exceed his age of seventeen years. The words “bright future” seem appropriate here. Here it is below.


In the realm of horror comedy, this Little Terrors brought us Michael Penney's Yeah Rite, which features a lawyer-turned-exorcist trying to debunk a family's claim of demonic possession. What impressed me was what could've been a second-rate SNL skit - by that I mean the same joke being used over and over - was skillfully balanced by crisp writing and great comedic timing from all involved. A very witty parody. 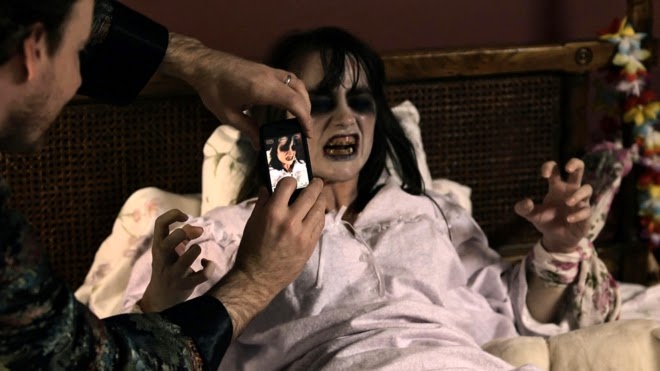 My absolute favourite of the evening though, was Joe Ballarini's effort Bedbug. The writer of the zombie flick Dance of the Dead from a few years ago, really knocked it out of the park with this one. The story is relatable, the pace is excellent, but most importantly it features one of the best child performances I've seen in years. Chelsea Carmichael is fantastic as the vulnerable youngster caught between her mother's abusive boyfriend and the thing under her bed. An Imdb search revealed that she is already a seasoned pro with over fourty credits - all before the age of ten! Bedbug is a wonderful short, with a great punchline to boot. Check out the trailer below.


There were also a lot of really great looking shorts, including Jesse Burks' One Please, Robert Boocheck's Horrific and UK collective Bloody Cuts futuristic Machine Stopped Working, although I don't believe for a second that the latter was made in 48 hours like they claimed.


After a summer break - save for its best-of compilation showing at the Fan Expo in August - Little Terrors will return in September, once again bringing forth new nightmares to the Carlton.
Posted by Jay Clarke at 10:00 AM