I wasn’t able to find much info on them, mainly because all searches gave me a million results for that insipid vampire series from a few years ago, but what I did find is that they released a half-a-dozen titles in the eighties, including Haunts, The Milpitas Monster and The Queen of Black Magic.

The above logo was taken from my extra-crusty VHS of Kiss Daddy Goodbye, which includes the first bit of the opening score from the film. 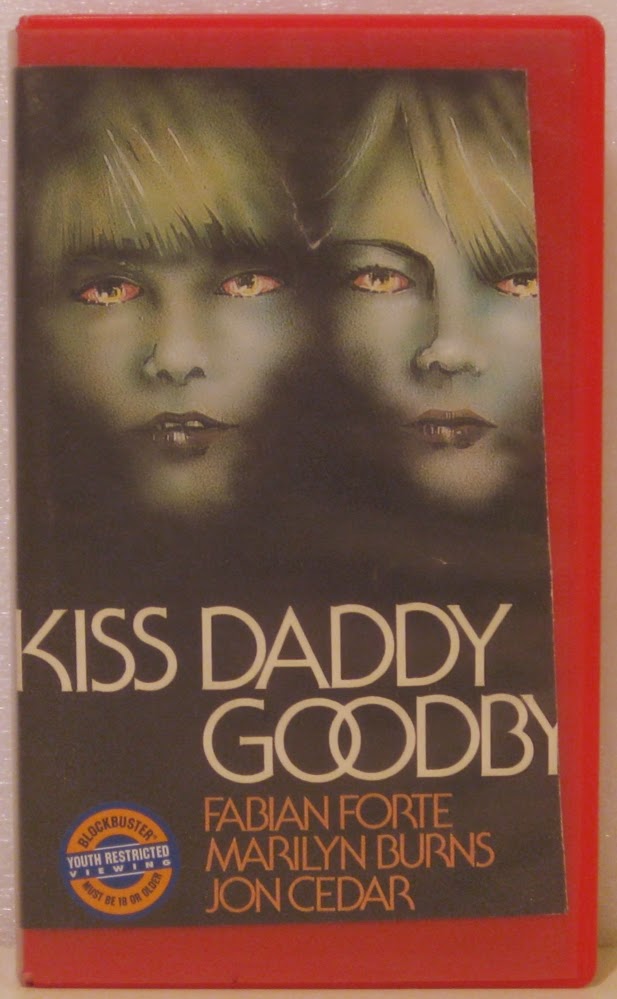