So, I know I've been slacking off in the video games department, especially since the last few episodes of The Walking Dead still remain unplayed, but I found something so frickin' cool on Monday. A super awesome dude by the name of Jak Locke has created a retro Atari 2600 game based on the classic TV show Twin Peaks. 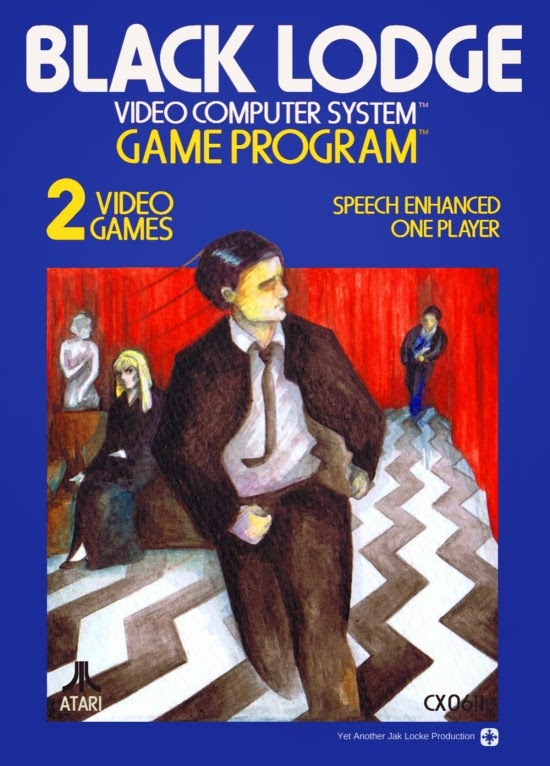 I realize it's been out for a while, but hey, it's new to me and hopefully some of you, as well. Entitled The Black Lodge, it recreates the last few moments of the unforgettable last episode where Agent Dale Cooper enters said place between worlds. There is a free download available for PC and Mac, and even comes with a beautiful retro style manual.


There's so much to love about this game. First, it seems like Locke has pulled actual sounds from vintage 2600 titles like Pitfall and Yar's Revenge, though that could just be my imagination. If you stand still at the beginning, you can also listen to a chip-tune rendition of Angelo Badalamenti's Under The Sycamore Trees. 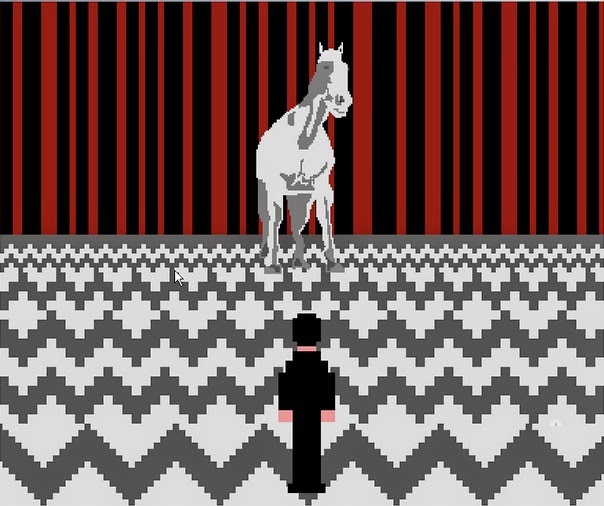 The game is also rife with Easter eggs. If you survive long enough to get 5000 points, the Giant will appear with information (in his usual riddled prose) on how to beat the game. Along the way, you'll see iconic characters like The Man from Another Place, Laura & Leland Palmer and, of course, Killer BOB.


My current high score is 5650, so take a crack and see if can beat it. If you'd rather just sit back and watch someone else play, here's a YouTube walkthrough, although sadly without sound.