Bringin' Down The House. 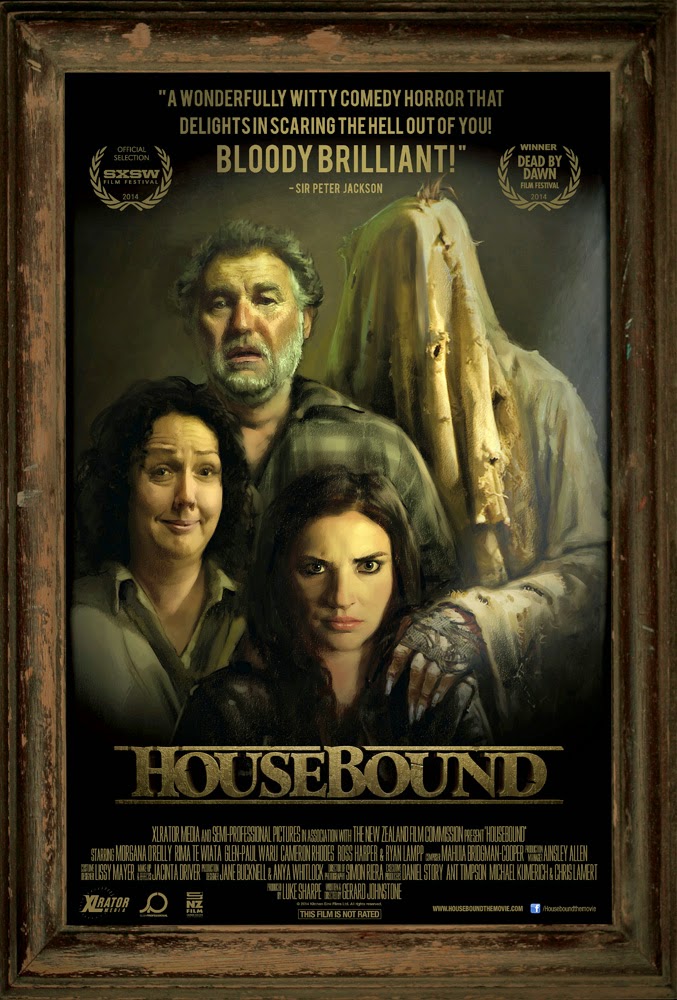 After being sentenced to house arrest, repeat offender Kylie (Morgana O'Reilly) tries to cope with sharing space with her estranged mother and step-father. After several strange occurrences, Kylie starts to wonder if there maybe some truth to her mother's claims that their house is haunted.

What can I say, Housebound lives up to its massive hype. It's a tremendously fun movie that is as clever as it is entertaining. From the trailer, it looks rather transparent, but there are actually a few turns to the narrative that add to the enjoyment. Being that this is a Kiwi horror-comedy hybrid, the comparisons to Peter Jackson are unavoidable – especially since both his flagship genre piece Braindead and Housebound both share a rooftop climax – but this is more of a compliment than a condemnation. I would also offer that as clear as influence as Jackson was, there were also flavours of celebrated American filmmakers, such as Sam Raimi, Joe Dante and Wes Craven.

Apart from harnessing that wonderful pedigree, there were two other things that really stood out to me, as well. First, the comic timing in this picture was impeccable with several laugh-out-loud moments. Second, was the lead actress, Morgana O'Reilly. She was very good here, adroitly handling the difficult task of playing the ungrateful welp for the first half of the film, yet still remaining likable enough for us to care about what happens to her when the freaky stuff starts happening. Johnstone deliberately wrote the character as “someone who wouldn't scare easily” to reel like-minded audiences in. A good idea and it worked.


This was a joy to watch. It had an element of fun that is missing from a lot of current genre flicks,  proving that scary and funny don't have to be exclusive states of being in horror. Housebound is an extremely accomplished film and considering it's Johnstone's debut, I can't wait to see where he goes from here.
Posted by Jay Clarke at 10:00 AM