Last Wednesday, The Black Museum (its fourth semester now winding down) held another of their lectures at The Royal, this one an exploration of dolls, and other creepy life-like machinations in horror cinema. 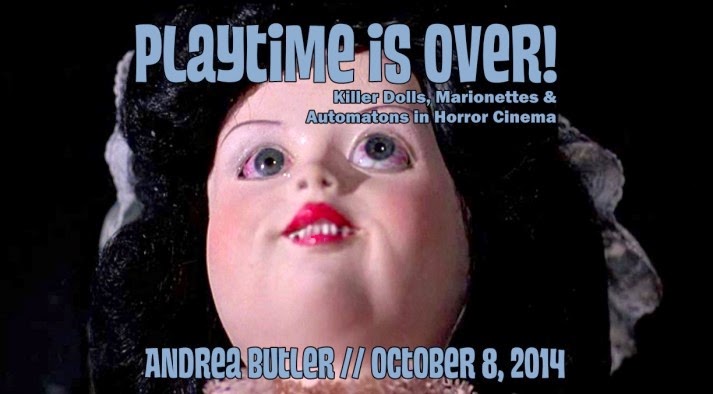 I was looking forward to this not only because of the subject matter, but also because the guest speaker Andrea Butler's previous lecture on horror movie poster art still remains one of my favourites.


Butler began by relating a personal connection to that evening's lecture, in that she grew up in contact with a substantial doll collection by way of her mother. Strangely, as a child, nothing was amiss. It was only when she grew into her teens, that this collection, looming on hallway shelves that were built for just that purpose, started to become ominous. Why had this only become an issue when she had reached a certain age? Dolls provide children with joy the world over, yet for some adults, they give the absolute opposite response. I mean, look no further than this confounding ad from the sixties...


This irrational unease was what Butler sought to explore that evening. Rather than simply do a historical chronology of cinematic dolls, puppets and mannequins, she thought it much more interesting to analyze how these fears have been represented on film. 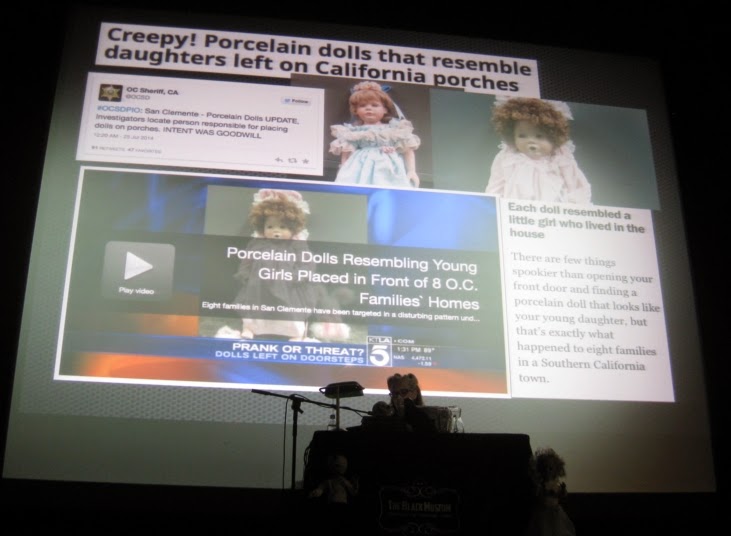 She began with a possible origin, which dealt with man's fear of becoming an automaton brought on by The Industrial Revolution and the increase of menial & repetitive labour. I can certainly see how one could fear the loss of individuality and sense of one's self during this time. Butler offered up a clip of Charlie Chaplin's Modern Times to illustrate this point.


Hoping to identify what exactly makes dolls and the like so unsettling, Butler brought up Masahiro Mori's theory of  “The Unncanny Valley”.

Based on an earlier essay by Sigmund Freud, Mori was a robotics professor that surmised that one's reaction to a robot was in direct relation to how closely it resembled our likeness. As Butler explained;


“The more human a robot acts or looks, the more endearing it is to us, but when the likeness is too strong, it somehow illicits a negative reaction... and if the robots moves or speaks, that only increases the feeling of the uncanny.”


With that out of the way, Butler broke down how these subjects are represented in cinema into three categories.


The first category involved inanimate objects as props for the antagonist, being used either to symbolize some past trauma of the killer, or as lures or traps for their victims. Butler cited such examples as these iconic sequences from Dario Argento's Deep Red and James Wan's Saw,


as well as lesser known fare, such as 1983's Curtains and the underseen 2012 flick Cassadaga. 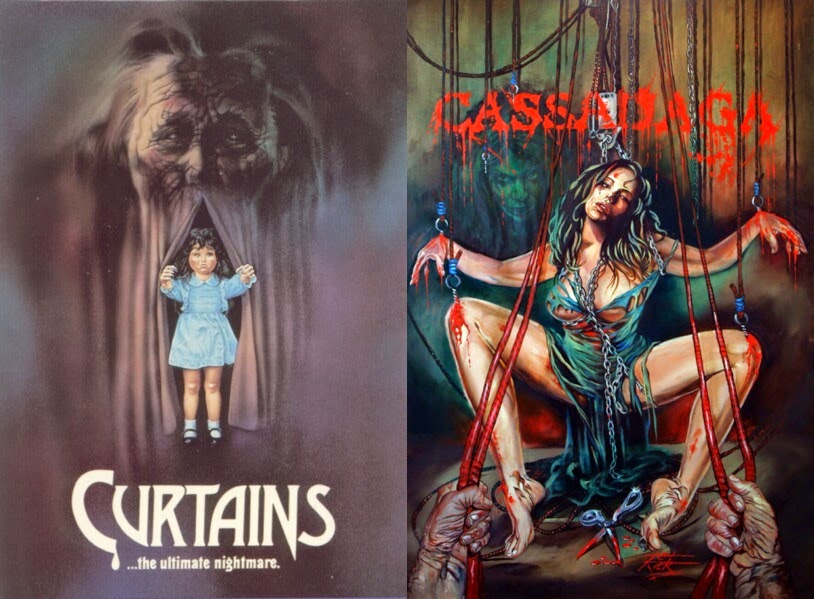 The second representation in film is related to mental illness, where a character will interact or speak through - or sometimes become - an inanimate object in order to enact a fantasy or repress reality. Some of the examples brought up in this category were “The Ventriloquist's Dummy” segment of the 1945 anthology film Dead of Night, Richard Attenborough's brilliant thriller Magic, as well as the weirdly sexual Pin from 1988, and Lucky McKee's May.


The third, and most pervasive category belongs to the supernatural, where dolls have been possessed or cursed by some mischievous or evil entity. There were obviously no shortage of titles to crib from here, but Butler chose a nice mix of the mainstream and obscure, which included Umberto Lenzi's Ghosthouse, Stuart Gordon's Dolls and the Zuni Fetish sequence from the 1975 Karen Black vehicle Trilogy of Terror.


There could also be no discussion without the inclusion of the denizens of the Puppet Master films and good ol' Chucky from Child's Play.


Bringing things up to date was Annabelle, the ultimate creepy doll introduced in James Wan's 2013 scare flick The Conjuring, and now, most recently, in her self-titled prequel.


Butler brought the talk to a close by saying that the common thread of these categories preys on our fear of becoming a doll, losing control of our body, or being manipulated by some outside force.

There is a small subgenre of Chucky doll horror pranks