I've spoken many times before about my friend Serena's movie nights. In recent years, these get-togethers have morphed into drinking game events with rules tailored specifically to whatever flick we may be watching.


Last Friday, she, after much planning, brought forth her tried-and-true formula out into the world with Drunken Cinema's first public event.

It was a blast. The venue filled up quickly and everyone was really into it, with rounds of cheers at every death and cheesy 3D effect - and if you've seen Part 3, you know there is one of the latter every few minutes. You really notice it when you have to take a drink every time it happens. 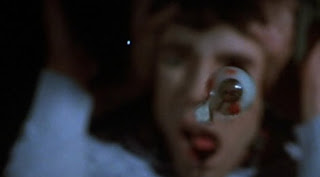 Now, the 3D worked with limited success, but it didn't seem to bother anyone. I mean the first half-dozen times I watched this movie, it was on VHS sans the third dimension. It wasn't until the mid-2000's that I saw a 3D screening of it in Toronto.


The experience felt really intimate and communal, half in part due to the smaller space, and half that everyone was following the same rules. And by rules, I mean there were not only shared drinking rules, but also cards with personal rules dealt out to everyone at the start of the movie. 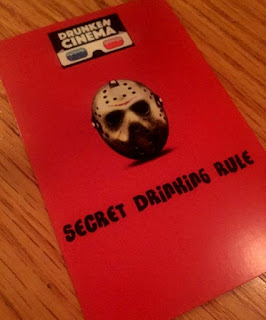 There was also a themed cocktail!


I had an acquaintance of mine show up early and was initially disappointed it wasn't a trivia night, but when I saw him after, his first words were, “how awesome was that!” Based on that reaction, I'd say the first public consumption of Drunken Cinema was a success. 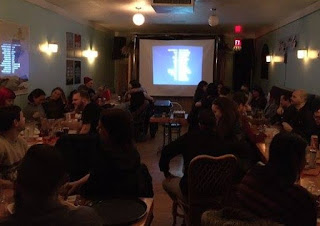 Once everyone's livers have recuperated, we'll have to see what comes next.
Posted by Jay Clarke at 10:00 AM