The first of my two screenings at HotDocs this year was Charlie Lyne's meditation on terror, Fear Itself. 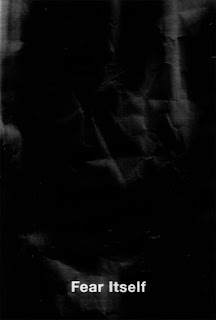 Constructed solely from clips of horror films, a female narrator speaks of the crippling fear and paranoia that permeates her waking life.

This project was familiar ground for Lyne as he directed a similar exploration of teen movies in 2014 called Beyond Clueless and produced Ross Sutherland's 2015 dizzyingly profound spoken word piece Stand By For Tape Back-up. I wasn't sure exactly what to expect from Fear Itself, but at the very least I knew I'd be staring at bits and pieces of my most beloved genre for ninety minutes.

Fear Itself was a pretty neat experiment that will hit everyone a different way. The voice-over, supplied by Amy E Watson, spun a story that, though nowhere near as provocative or engaging as Stand By (but really, what is?), did touch on many things that keep us up at night as a society. I have to admit that it did take a few sequences for me to settle in, as I was concentrating more on the movies playing out onscreen than the narrative of the orator. 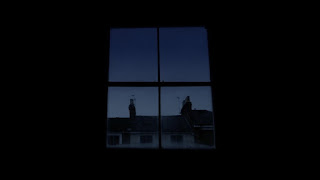 As for the movies used to illustrate the doc's thesis, I noticed two things. First, I was very impressed by the scope of the films used, as not only did they vastly range in era but also in geography. Lyne peppered in his contemporaries with Italian gialli (Four Flies on Grey Velvet, Seven Notes In Black), Bollywood horror (Raat) and even the Japanese Ero-Guro (Blind Beast, Horrors of Malformed Men). I've seen compilations that stick to the stuff that everyone's seen, so this was actually a welcome treat.

The other thing that struck me was that Lyne often cut away to a new clip before the big moment or “money shot” of a scene happened. This was initially frustrating until I figured out that by isolating the build-up of a sequence, he was actually throwing a light on the anxiety that all horror filmmakers strive to achieve in their viewers. 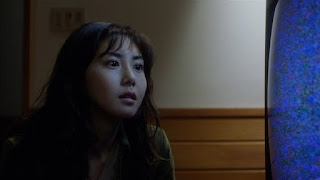 Mainly though, as is what usually happens after I've viewed something like this, I came away with a list of new titles to track down, including Kerry Bellessa's Amber Alert and Carlos Reygadas' Post Tenebras Lux (both 2012). And what am I without my lists?
Posted by Jay Clarke at 10:00 AM