Hey all. With some time now between festivals, I can catch a breather and touch on some cool things from around the Web.


Based on stories that originated from Creepypasta (for those who don't know they are essentially online urban legends), I love that this show was filmed in Canada, since there a few popular Creepypasta tales set in the Great White North. I'd love to see an adaptation of '1999' in the future.

My Kind of Art!


The poster documentary Twenty-Four By Thirty-Six had its premiere at Fantastic Fest a few days ago and to mark the occasion, the production released this fabulous new poster. 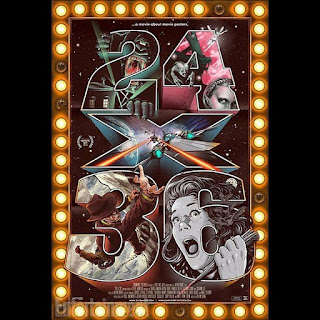 Artists Paul Ainsworth, Joshua Budich, Sara Deck, Gary Pullin and Matt Ryan Tobin all contributed to the above poster. I cannot wait to see it when it finally screens here in Toronto.


I recently came across this Kickstarter for a Friday the 13th fan film, Never Hike Alone. While fan films are largely tedious affairs - I posted about one for Halloween that was less than ideal a few months ago - I have to admit that the teaser trailer (that originally hit the Web back in May) was impressively well shot. Take a look for yourself below.


If you'd like to contribute, check out the campaign page here.
Posted by Jay Clarke at 1:23 PM