Hello all. This will be the last DKTM for a couple of weeks - as things are about to get a little review heavy with Toronto After Dark and the Festival Of Fear just around the corner - so I've packed today's with all kinds of cool shit. Take a gander at these goodies.
As Advertised.

Meet Ballface, a weird little oddity I caught on AOTS the other day. As for the ensuing nightmares, you're welcome.

It's About Frickin' Time!

I got some great news this week, as I found out that JT Petty's 2006 snuff documentary S&Man is FINALLY coming to DVD. This is an excellent film that literally disappeared after its solid showing at Midnight Madness four years ago. The only way people have been able to see this film since was on rare bootlegs. S&Man is pretty crazy stuff and I imagine this movie will be even more chilling on video, without the director there to give context. Out of all of the post-screening Q&A's I've witnessed over the years, S&MAN's will always rank up there as one of the finest. Check out the trailer below.

S&Man is scheduled to hit shelves on October 12th.

A Match Made In Heaven. Or Hell?

Word dropped this week that Troma and Astron 6 will be partnering up for what looks like a little bit of unpleasantness called Father's Day. I assume if you are on this site, you've heard of Troma, but you may not be familiar with Astron 6. If not, check out their site here. The stuff they've been putting out over the past few years is nostalgic gold. I highly recommend Heart Of Karl. Anyway, Father's Day seems to be an extremely excessive tale about "a guy who goes around raping Dads." Yep, you read that right. Here's the trailer.

Here below is some art from artist Matt Busch's new series Hollywood Is Dead. You may remember him from last year when he made a splash with his zombified versions of Drew Struzan's Star Wars posters. Now, he's taken on the rest of Hollywood! 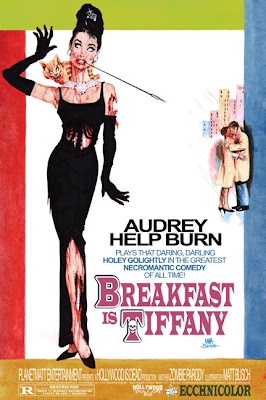 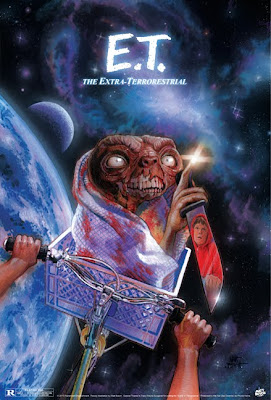 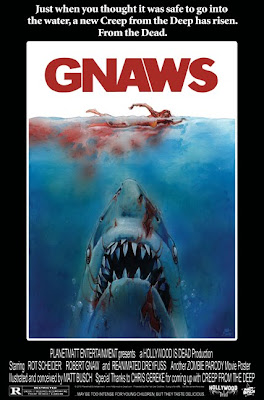 Check out his site for the rest, by clicking here.

I happened upon a horror indie called Underbelly, while surfing the 'Net the other day and wanted to draw some attention to it here. It could go either way, but their website is well laid out and the option to view the very strong first scene of the movie is an inspired choice. Any movie that is described as "It was like some bizarre cross pollination with Last House on the Left, The Vanishing, Pulp Fiction and The Ring" paints quite a picture, wouldn't you say? I really like the look of the poster too. 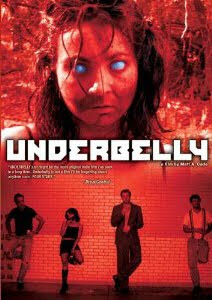 Hopefully, you'll be hearing me follow up on this fairly soon. You can check out the website, by clicking here.