The Show Must Go On!

There’s always one film in the Toronto After Dark programme every year that it is a complete gamble. It seems to come from nowhere and usually required some championing - by whoever first discovered it - for its inclusion. Some of these have been pleasant curiosities (Blood Car) and some have been downright painful to sit through (Mad Cowgirl) *shudder*. This year’s festival question mark was All About Evil. 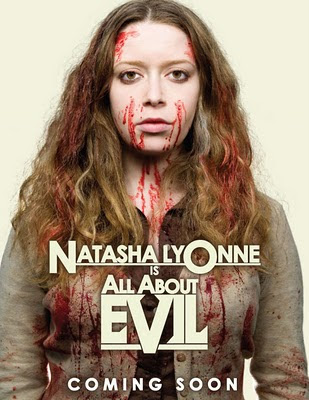 When wallflower Deborah (Natasha Lyonne) inherits her father's theatre, she goes about carrying on his legacy. When she kills her domineering mother in a fit of rage, the crime is accidentally broadcast onscreen via the theatre's security cameras. The crowd thinks it is part of the show and soon are asking for more of her “realistic” short films. Having always wanted to be in show business, Deborah goes about procuring more victims performers.

I’m happy to say that I liked this movie quite a bit. I think I was partially won over by the fantastical opening credits sequence and then not long after that, once I clocked into the fact that All About Evil was unabashed camp, I was in. 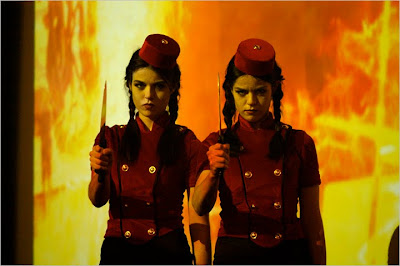 These are a few of my favourite things.

Director Joshua Grannell’s influences are immediately apparent, the most paramount being John Waters & H.G. Lewis, which make for a wonderful peanut butter & jam-like combination. Grannell references the genre often, but it’s never too on-the-nose, as can often be the case these days. Something that really appealed to me were the awesome posters sprinkled throughout All About Evil to advertise Deborah's increasingly over-the-top shorts. There were several cheesy puns that elicited a round of laughter each time a new one appeared. Here are a few choice ones below. 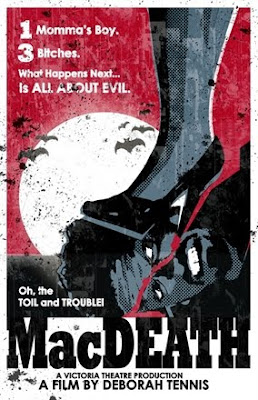 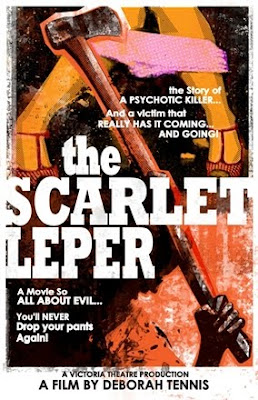 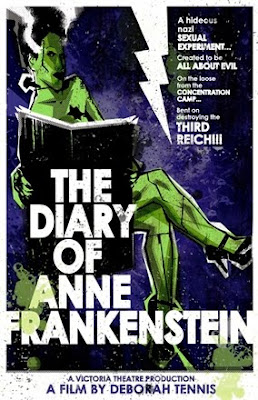 Not pictured, my personal fave... The Slasher In the Rye.

Man, it seems like ages since I’ve seen Natasha Lyonne. She delightfully cranks it to eleven here, channelling the golden age Hollywood divas of yore. She also has a great bunch of misfits to play off as her sadistic film crew consists of her octogenarian projectionist Mr. Twigs (Jack Donner), a set of psychopathic twins (Jade & Nikita Ramsey) and a crazed hobo (Noah Segan). Speaking of Segan, I’d just like to mention that it finally happened. I have now seen him in a movie that I actually liked. My reactions to the many films he has appeared in over the years have ranged from dislike (Brick) to bordering on hatred (Deadgirl), so it was nice to finally get on board one of his projects because he’s a really likable guy. The movie also features a very rare non-Elvira performance by Cassandra Peterson, who plays Steven's (Thomas Dekker) doting mother.

The cool thing about seeing All About Evil at The Bloor was how closely the theatre in the movie (The Victoria) resembled that of my home away from home. Grannell was in attendance for the Q&A and quickly made the comparison. He won the crowd over that night and I wouldn't be surprised if he returns in the future with his travelling roadshow “The Peaches Christ Experience in 4-D” in tow. 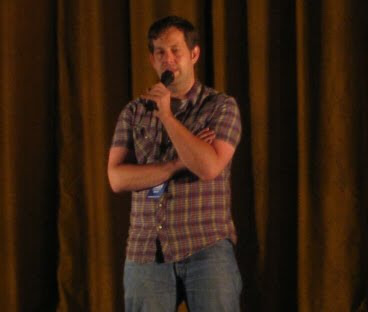 All About Evil is full-on campy fun and is an easy recommend for anyone who digs the work of those Grannell so aptly emulated here. 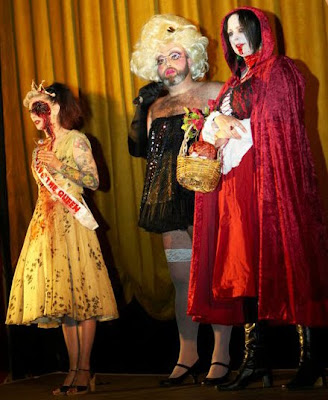 Here below, is Rob Mitchell's interview with Grannell, and you can also click here to see Movie Moxie's footage of the evening's Q&A.
Posted by Jay Clarke at 12:54 PM