It's been a fantastic news week - so much so that I couldn't even wait until today to post some of it - so I'll get right to it.

I got an email this week about the American International Toy Fair, which happened a few days ago in New York. FEARnet was there to cover it, and released these cool images of some upcoming toy lines. 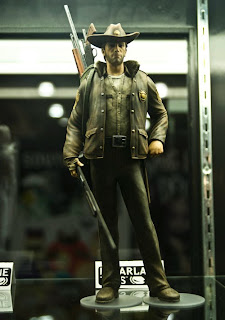 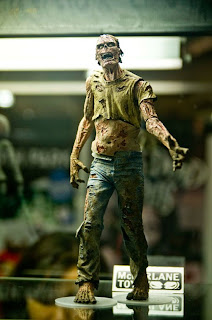 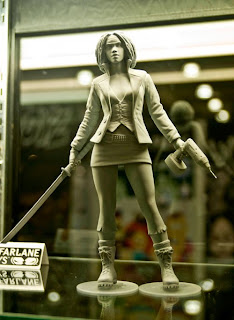 For more info on the upcoming run, click here. I love how there is little mention of the third picture in the article. They're all like, 'yeah, we made a figure of the comic's most badass character, what of it?'

NECA has some wicked Freddy figures in the works.

I love, LOVE the extendo-arms figure. Props to NECA for going with the iconic Robert Englund design and completely forgetting about that other one. For the full article, click here.

First up is a trailer for a UK joint called Spiderhole. IFC just bought the North American rights for this movie, so hopefully we'll be seeing it here in some capacity soon.

Next, is a short and sweet trailer for James Wan & Leigh Whannell's new haunted house flick Insidious. This movie was one of the best horrors I saw last year, so I urge you to support it when it comes out this April.

Lastly, a new trailer for Rat Scratch Fever. Why? Because giant rats OWN! That is all.

It looks like there is a new horror event coming to Toronto.

So... yeah I'm going to this. A little investigation revealed that the man behind this is Andy Nyman, who you may remember from his memorable roles in Brit projects like Severance and Dead Set. In fact, now that I think of it, Nyman may have done his interview bits for Video Nasties: The Definitive Guide from London's Duke of York's Theatre.