It Came From The Archives 9!

When I am down in the archives, I occasionally come across items I don't even remember owning. Take my last excursion for example. I was looking through a box of miscellaneous figures and came across a few colourful plastic creatures in an old After Eight box. I may have mistaken them for M.U.S.C.L.E.'s - of which I have many - if there wasn't an accompanying pamphlet identifying them as Monster In My Pocket. 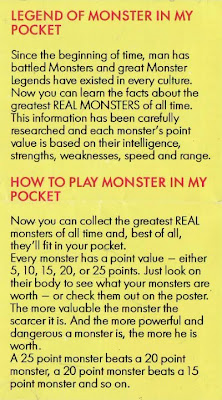 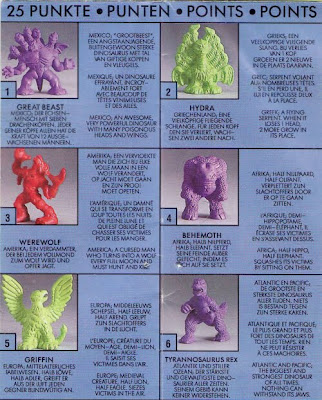 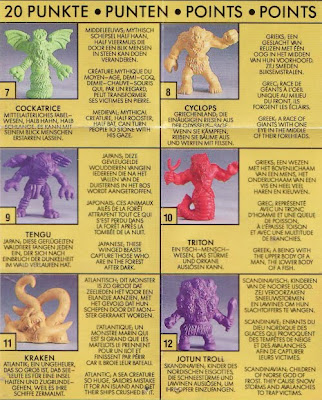 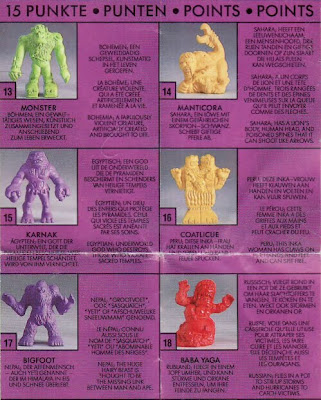 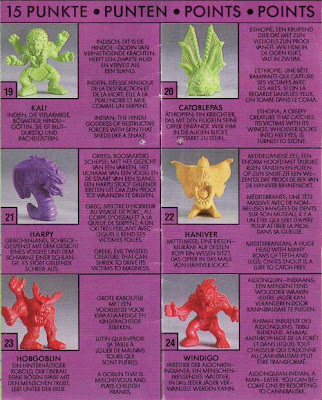 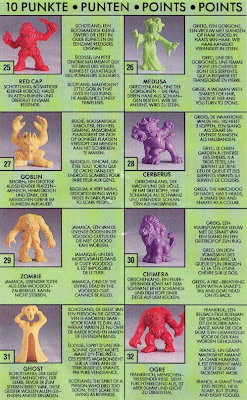 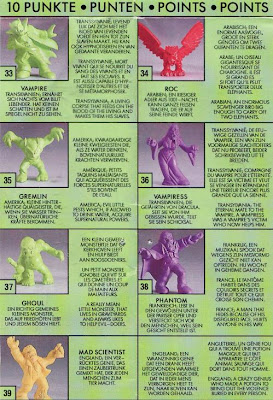 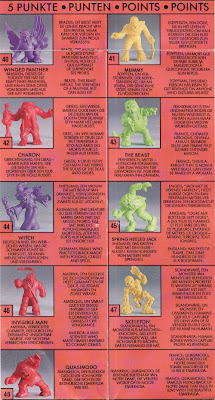 Apparently, this was a toy line created in 1990 by two guys, after they left Mattel. Like Battle Beasts, they had a collectible hook for when you pit them against each other. As you can see above, each monster was designated a point value. I don't know how they decided a Werewolf was more powerful than a Kraken, but whatever. Anyhoo, here are some shots of the eleven figures I found in ye olde crawlspace. 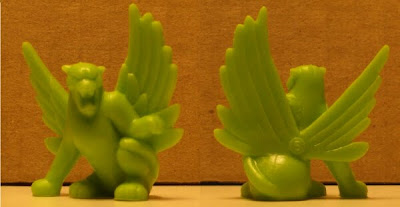 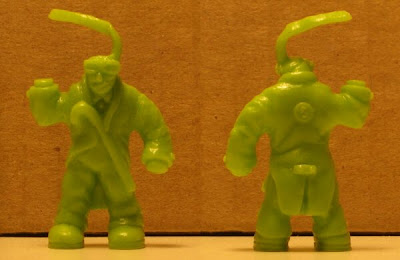 Witch. This one weighs less than a duck.

Red Cap. Probably not as tasty as the beer.

Gremlin. Spielberg lied to us. 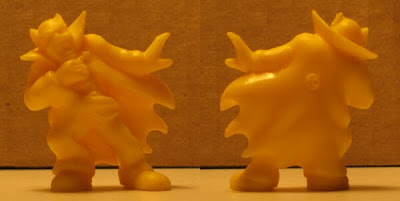 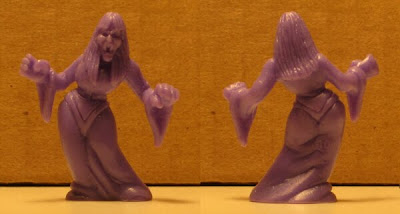 Haniver. Yeah, I've never heard of it either.

MONSTER IN MY POCKET!!!!!!!
I loved these little guys!! I too would have thought they were M.U.S.C.L.E. figs. I only had a couple of these. Looks like you had some great ones.