So, us Canucks have had Netflix a few months now, and the database in rapidly ballooning. It still boggles my mind how people can complain there's nothing on there. Whenever I go on, I see half-a-dozen things I'd check out before even scrolling down the page. To each their own I suppose. For now, I'd like to quickly mention a few notable horror titles that have popped up in the last few weeks. 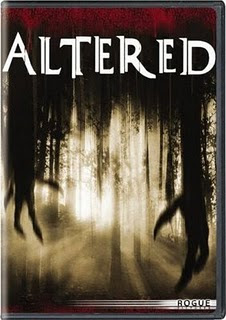 Altered is an underseen gem from Eduardo Sánchez, half of the duo that brought us The Blair Witch Project. I suspect nobody saw Altered because it was swept under the rug after the whole sequel debacle. However, I think this movie is well worth your time, as the story is solid, the gore is top notch and Sánchez uses his low budget just as effectively as he did in his debut. For my full review from when I watched it during my ten-year Blair Witch Retrospective, click here. 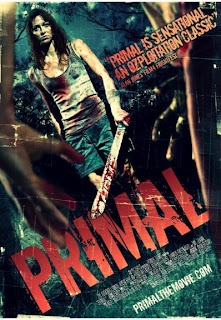 Primal is an Aussie flick from 2009, that I had a vague recollection of from when the trailer was making its way around the Web. Director Josh Reed combines elements of The Ruins and 28 Days Later for a pretty enjoyable flick. There are some cool moments, but you do have to overlook some really boneheaded decisions made by the characters. It gets a little CG heavy toward the end, as well. It is worth a look though, if the trailer strikes your fancy. 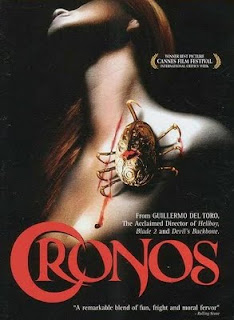 Guillermo del Toro's debut Cronos is presented here in beautiful HD and it has never looked better. I can see no better time to visit (or revisit) del Toro's unique take on vampirism, featuring one of the most badass props in horror movie history.
Well, what are you waiting for? Fire up your viewer of choice and get streaming!
Posted by Jay Clarke at 10:01 AM

Altered is a really great little gem. Thanks for spreading some light on it.

What I have noticed, at least through its service on PS3, is that their menu options regressed about a month or two ago.

There was a PS3 update, and then after that, Netflix was configured differently and didn't show all it's previous titles.

For example, I remember seeing the original Battlestar Galactica series and Dead Like Me under the TV options. Now, neither shows up. But if I do a keyword search, I can watch them.

Makes me wonder what else isn't browsable anymore. You hear about Netflix expanding their library but I'm guessing that's for their US customers only.

It's funny, I've heard many people tell me the menu has changed, but I haven't noticed it. I think they add new titles on Tuesdays.