Isaac Clarke Is Back!

I’ve been all about the Dead Space 2 recently and last night I finally stomped the last Necromorph into oblivion. Here are my impressions on Visceral Games’ latest survival horror title. 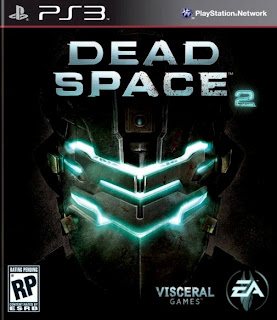 I want to point out that Dead Space 2 is the first game I’ve played on my new television and boy, is it gorgeous. Everything is ridiculously sharp and due to the blacks being so deep, it makes everything else really pop.

The setting for this game is a space station called the Sprawl, situated on Saturn’s largest moon, Titan. Our hero Isaac Clarke wakes up from stasis while all hell is breaking loose there. The opening is incredibly intense, as you are stumbling around in nothing but your hospital gown, with necromorphs clawing at your heels. This makes for an extra satisfying moment when you finally get your hands on a plasma cutter and don the iconic RIG suit.

Dead Space's HUD system is still the best in the industry because it guarantees one-hundred-per-cent immersion. They even took away the need for a map by giving you this cool wrist-mounted GPS that shoots a beam of light to your current destination. You can even toggle it to direct you to save stations and weapon stores, as well. Though this IP has obviously lost some of its sheen, as it is no longer as fresh and new as it once was, I still enjoyed it immensely. I’ve heard terms like ‘derivative’ and ‘repetitive’ bandied about over the past few weeks and I don’t subscribe to that. While you are, for the most part, doing the same stuff you were in the first game, I never seem to tire of Dead Space’s unique brand of carnage. Each time I stomp on the corpse of a fallen foe to see what goodies spring forth from its shattered torso, it always gives me an equal amount of joy. It’s the same reason why I never got tired of the horseback riding in Red Dead Redemption. It just feels good doing it.

And while it is true that with this installment being on a vast space station, some of that confined claustrophobia from the first game has been diminished, it has been replaced by mind-blowing scope. For instance, I turned around in an elevator and saw the breathtaking sight of Saturn filling my entire view. There are also some spectacular sequences that take place outside the station, as well. The bit where you are trying to realign some solar arrays is pretty fucking epic. However, for those who yearn for the tight hallways of the Ishimura, there may be a surprise in store. 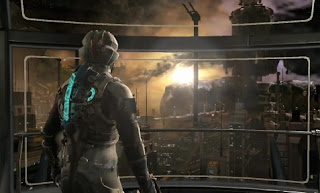 The level design is another thing I’ve heard taking flack. I don’t get that either. While overall I suppose it could seem that way, there are also many sections that stand out. The daycare level is super creepy, and the part where you are trapped in the processing center reminded me of that vintage eighties Play-Safe ad. Although the bosses themselves aren’t quite as creative this time around, the battles are no less grandiose. G4’s Victor Lucas made a really good point when he said that, at times, it’s like the game is playing itself. There is a huge confrontation early on, which is on par with the Ripley vs. The Queen duel from Aliens.

I think my only gripe would be the narrative. While the story starts strong, it does eventually fall into a trivial rhythm of “go-do-this-now-re-route-that-now-fix-this.” I am hoping that for the inevitable third installment, Visceral can retool this and make the game a little less linear. 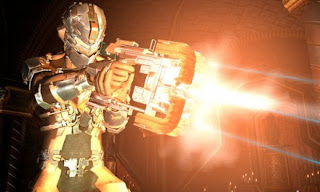 I loved Dead Space 2. It offered me the kind of game play experience that warmed the cockles of my blackened heart.
Posted by Jay Clarke at 10:02 AM

Great review. I'm dying to play this. Sounds like a lot of things I wanted out of the first one come up in this one.