Diving Into The Third Dimension.

My home theater system has gone through some changes recently, the most prominent being the acquisition of a new television. 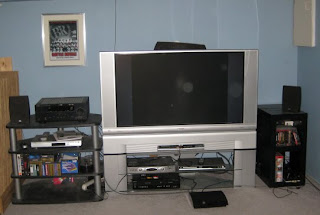 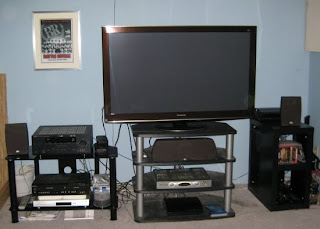 I wasn't initially going to go 3D, but it turned out that the best 2D TV out there last year just happened to be 3D, so it made sense to pull the trigger on it. Well, that and I got a killer deal. I have to say I'm pretty impressed with it. The difference in sharpness was immediately noticeable as soon as I booted up my PS3 and Blu-rays literally sing. And I wouldn't have thought it possible, but Avatar really does look as good as it did in the theater.

Earlier this week, I had my brother over to watch the newly released Blu-ray of Piranha 3D. It was a fun time, but the difference between movies that are shot in 3D and ones that are done in post is as equally apparent here as it is in the theater. Though the depth of field in Piranha 3D has been improved on significantly from its theatrical counterpart, there is some occasional image doubling, especially with the opening titles. That seemed to decrease as the movie went on though. 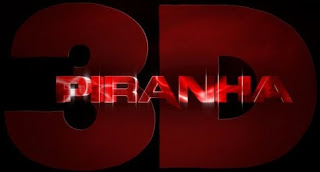 My brother hadn't seen Piranha 3D yet and liked it a lot. He couldn't believe how many people (Dreyfuss, Shue, Lloyd et al) they got to be in it. I guess it was just a matter of everyone being on the same page as to what kind of movie they were making. A campy creature feature that embraces its trashiness, and offers up the goods in spades.

I found Piranha 3D to be just as enjoyable the second time round. The “flower duet” sequence with Riley Steele & Kelly Brook looked beautiful on my Panasonic and I still marvel at the operatic scale of the beach massacre scene. It is truly some of the best stuff Nicotero & company have done in a while.

Can't wait to come over and see the new TV!