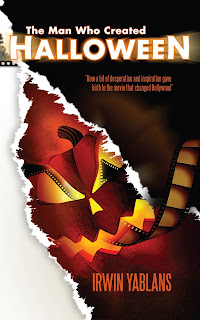 Before diving into this memoir, Irwin Yablans was certainly not the first name I associated with the classic horror film Halloween. Naturally, my mind goes to director John Carpenter and his long-time partner, the late Debra Hill, and then (mostly due to his name leading the credits for decades) also no-longer-with-us Moustapha Akkad. However, after reading The Man Who Created Halloween, it is clear that Yablans was an integral part in the inception of what some believe to be the greatest horror film of all time.

This book was an enlightening read. Yablans’ recollections are written in a very interesting prose that covers many eras of modern United States history, starting with the Great Depression. He has had an extremely storied career, which he spent working for Warner Brothers, Paramount and MGM before finally going off on his own and co-founding the independent film company Compass International Pictures in the mid-seventies. Already armed with years of experience as a cog in the wheel, he was able to use the machine to his advantage and Compass soon flourished.

Yablans is candid about his dealings over the years, and even shows regret over some of his actions, both personally and professionally. I found this refreshing, as after the countless falling outs he had with people during his life, it is good to know he doesn’t think he is infallible  Now, the meat of the story is obviously how he came to meet with John Carpenter through distribution of his second feature, Assault on Precinct 13 (which was initially titled Siege) and how the idea of Halloween came to Yablans while on a flight to Los Angeles. It also occurred to me that I never actually knew where the name “Michael Myers” came from, until reading this book.

However, despite its title, it is surprising how little this book has to do with Halloween though. That turned out to be okay, as there are many other great tales for cinephiles to latch onto. Back when Yablans was a booking agent, he took care of the initial run Rosemary’s Baby, so it was cool to see Bill Castle’s handling of the film from a different perspective than was documented in Jason Zinoman’s Shock Value. Perhaps most interesting was hearing about Yablan’s dealings with Charles Band in the late eighties where he talked about certain projects that you don’t get to hear about very often, like Prison and Arena. There is also a sizable chunk of the book dedicated to the 1977 production of The Message, which culminated in a hostage crisis in Washington D.C.

The book does unfortunately end with a whimper, as Yablans has distanced himself from the movie business in recent years, only resurfacing to deal with legal issues on the rights and revenues of the original Halloween, but The Man Who Created Halloween is an extremely brisk read that offers up immeasurable insight into the inner workings of the film industry over the last fifty years.
Posted by Jay Clarke at 10:00 AM

Didn't even know this book existed, thanks for the write-up!