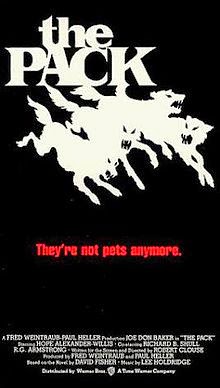 Just before closing down for the season, the inhabitants of a vacation island find themselves under attack by a roving band of wild dogs.


So, as I mentioned before, I picked up a VHS copy of this based on the fact it was directed by Robert Clouse, and he did not disappoint. I've always loved a good animals attack yarn and this is a solid example to be sure. I don't know what it is about Clouse, but he had an innate talent to get menacing performances out of his canine subjects. Five years before he would have the brilliant idea to dress up Dachshunds as giant rats for Deadly Eyes, he let this meaner looking group loose on Seal Island. Seriously, the pack's “leader” is a mongrel that looks so menacing, I felt like it may lunge for the cameraman's throat at any moment. While cinema icon Cujo was scary mainly because of his size, this thing just conveys absolute rage. 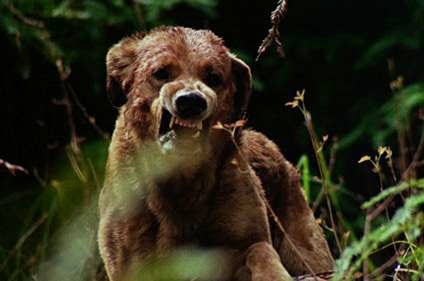 I wish I could find more about the making of this film online because I'd like to know more about working with the dogs. There were so many “how did they get them to do that” moments - especially one at the very end where the dog clearly wasn't having a good time - that I felt compelled to sit through the credits to verify the Humane Society was involved.


Apart from that, the film has Joe Don Baker. Before he was playing minor characters in James Bond films, he was a pretty big deal. In the seventies, he had memorable starring roles in Walking Tall and Mitchell before taking on The Pack.

In the true thriller fashion, the film is rife with characters that you are pulling for (like Baker) and one's that you can't wait to see get ripped to shreds.

I mean this guy above is a waste of space. His dad spends the first act trying to hook him up with a bubbly blonde and the first chance he gets, Tommy throws her to the wolves - literally! The film does have its share of boneheaded moments, but I never once didn't believe the threat. Did I mention that the leader looked mean as shit?

I don't think The Pack ever got released on DVD, but from what I understand it is available through Warner Bros. archive collection. I recommend this, as it fits nicely in with other second-tier seventies pedigree such as Grizzly, Piranha and Kingdom of the Spiders.
Posted by Jay Clarke at 10:00 AM