Last weekend was the 4th edition of the annual Shock Stock weekend in London, Ontario. 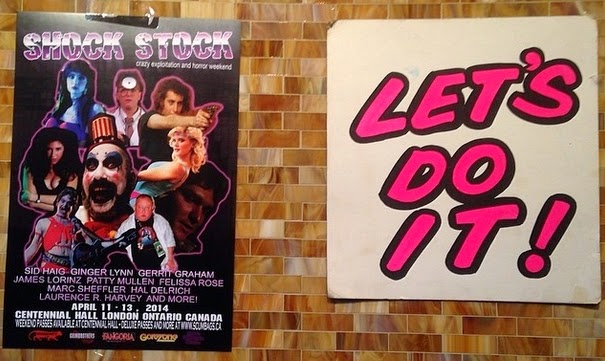 It was kind of bittersweet this year, as I didn't get to spend as much time there as I would've liked. That, and the fact I boneheadedly forgot to submit Lively to their short film showcase, kind of put a damper on my full enjoyment of the event.


But while I was there on the Saturday, it was super fun times. They had a solid line-up of interesting guests - once again the Vagrancy boys found celebrities that you just don't see at the regular convention events - of which I met two.


First up was Felissa Rose, who played the iconic character of Angela in Sleepaway Camp. She looked fantastic and her Q&A was pretty great. She absolutely beamed sincerity and humility when speaking of the people that continue to support the film, even to this day. She even went so far as to say that she hates the word “fan”, as she considers those people her friends. As if to prove her point, a self professed “#1 fan” that she met ten years ago ended up becoming her husband.

A lot of the questions during the Q&A were obviously about the last scene in the movie. Her parents apparently never had any reservations about the subject matter, and Felissa herself, then thirteen, just thought it would be cool to hang out a summer camp and meet boys. I thought the story about how she first watched the movie with her entire ninth grade class was pretty interesting. I would've thought she'd have been teased incessantly about that ending, but apparently the only grief she received from the bitchier girls in the class was that she was showing off, in a look-at-me-I'm-a-big-movie-star kind of way.


Later in the day, was the Q&A with Human Centipede 2 star Laurence R. Harvey.


It was surreal seeing him in person, considering all the sick and depraved deeds I'd seen him commit onscreen. However, it was a huge relief to see that he was actually a soft-spoken and proper English gentleman. And then he proceeded to rape a chair...

Leading up to that though, were some other juicy tidbits that Harvey started his career playing characters on children's television in the UK, as well his upcoming projects with Astron 6 and the Soska Sisters.


As for the show, there was the usual plethora of vendors and attractions. It's funny, I know so many people there now that I find myself catching up and networking most of the day that I forget to take more pics. Here's what I did snap though. 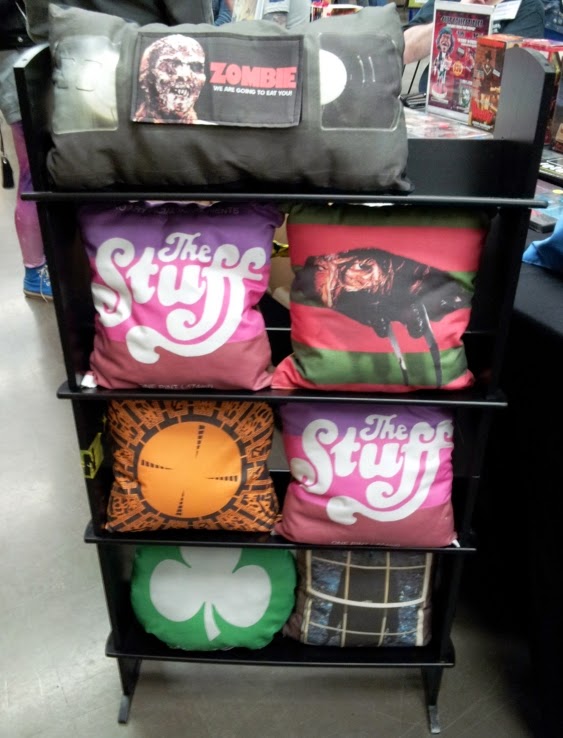 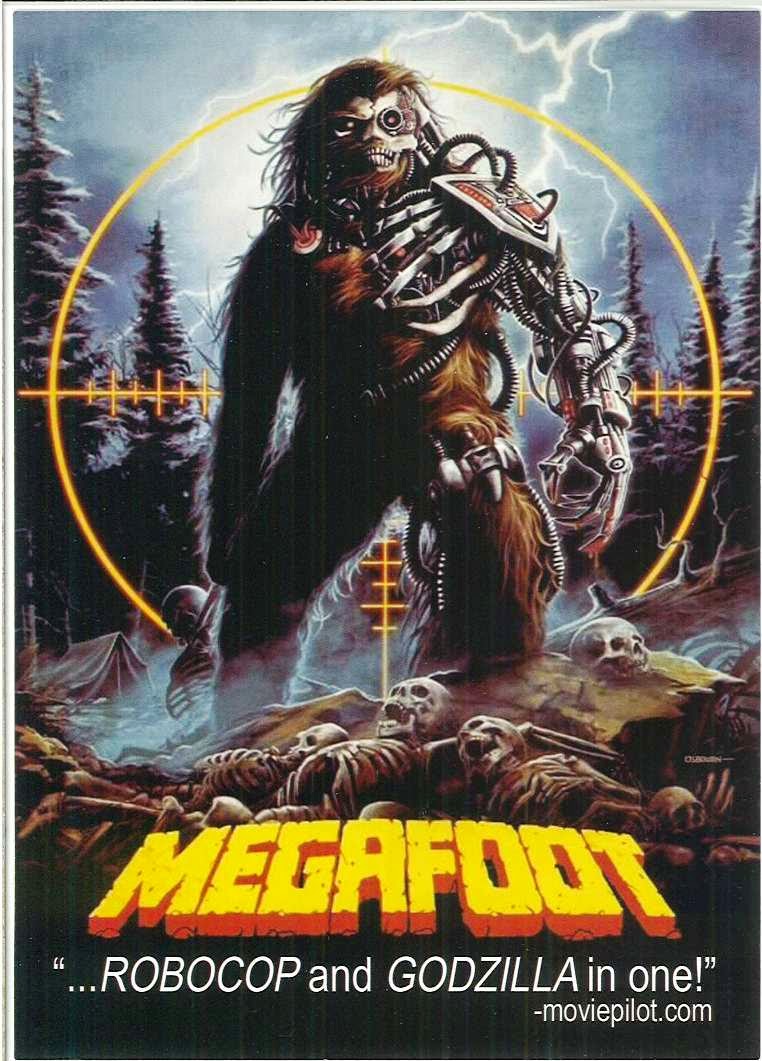 The great guys at Black Fawn Films were on hand once again, as well. It seems their booth gets bigger every year. Pretty soon, they'll have so many titles out, they won't have room to display all the posters. Currently, Black Fawn has two main projects on the go... 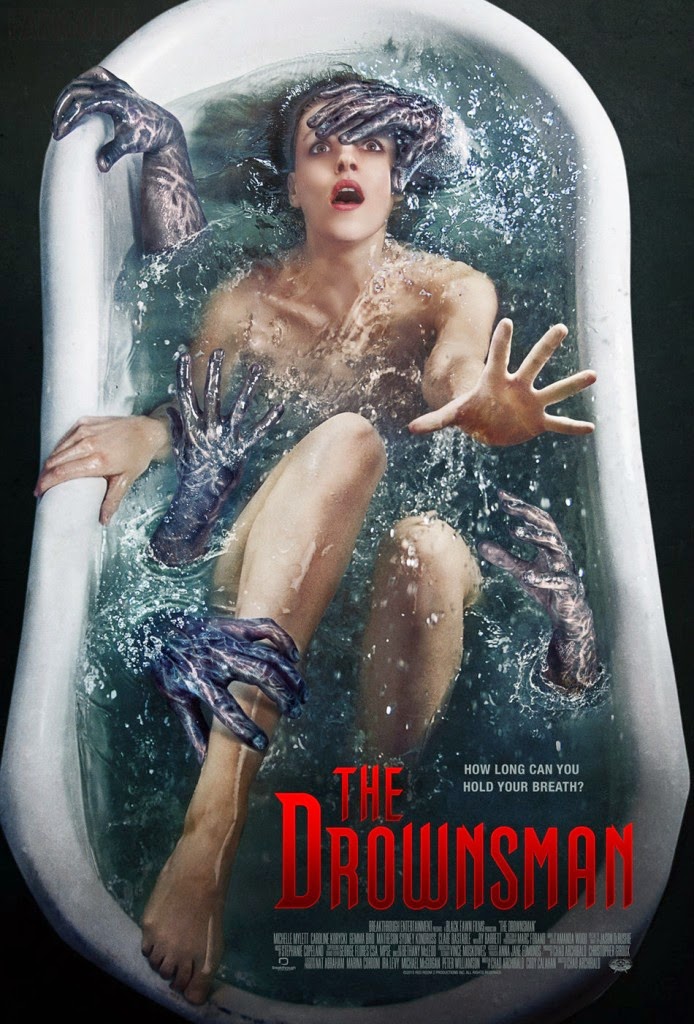 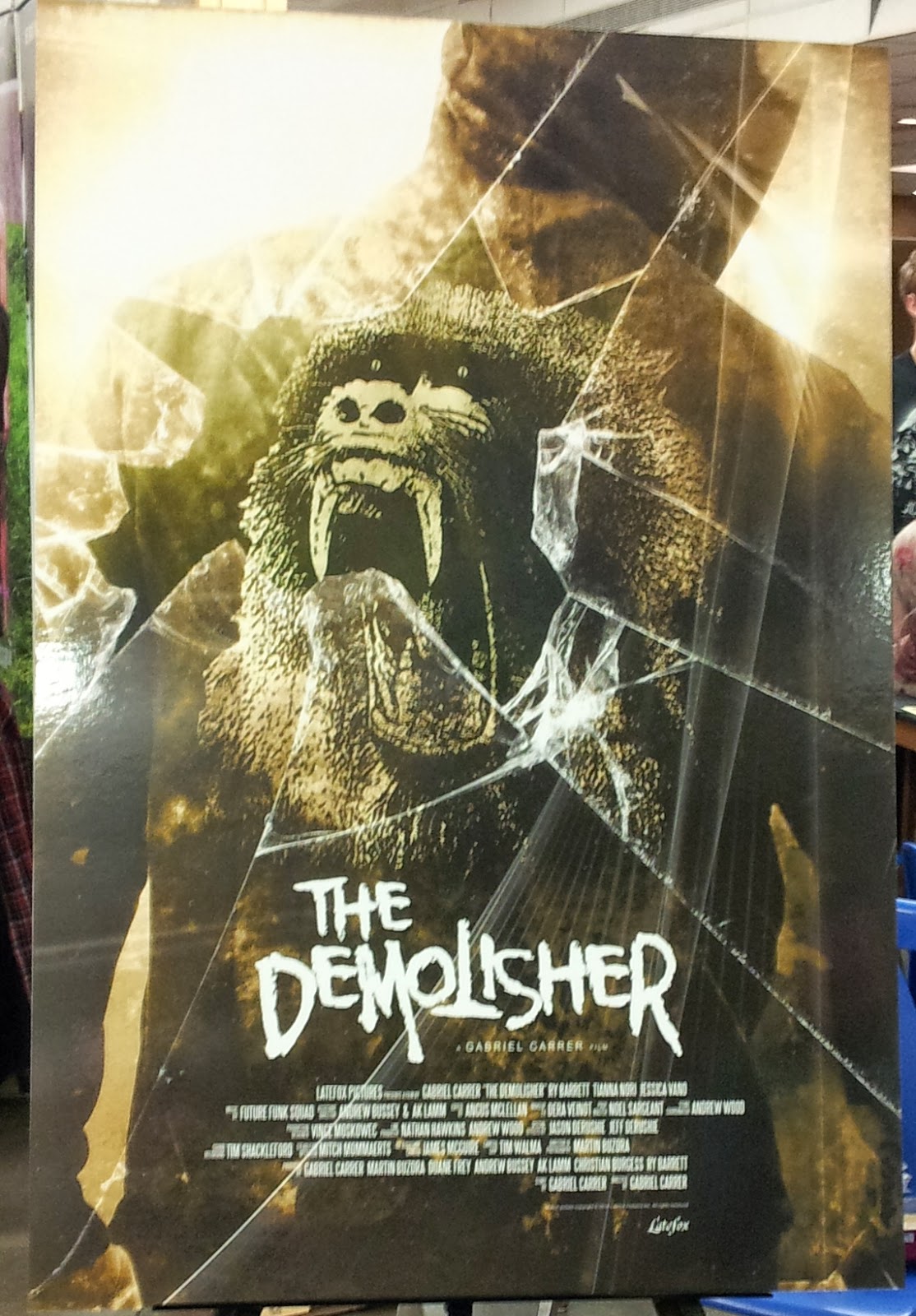 Both star Ryan Barrett - who coincidentally played the title character in Lively - with one, The Drownsman now finished and the other The Demolisher going to camera late this week. I actually got to see the upcoming trailer for The Drownsman and it looks just as slick as anything being put out by the studios today. The difference is, these guys spend a fraction of a Hollywood budget and actually seem to give a shit about their product. I wish them all the luck in the world.

And Shock Stock wouldn't be complete without a hefty helping of VHS. There were multiple vendors, the most prominent of which being my buddy Zack at The Vault. He even had a snazzy new sign! 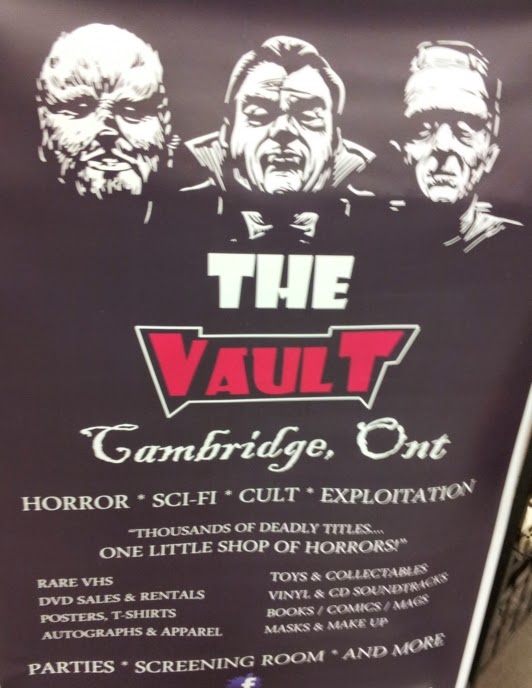 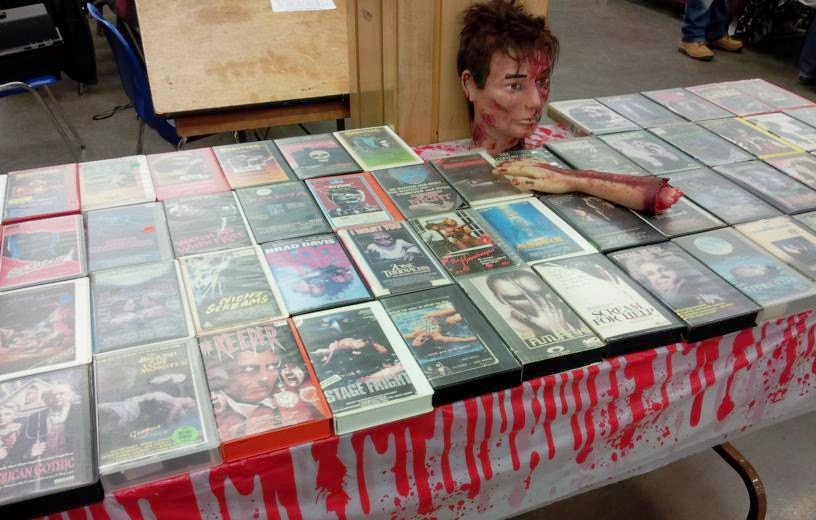 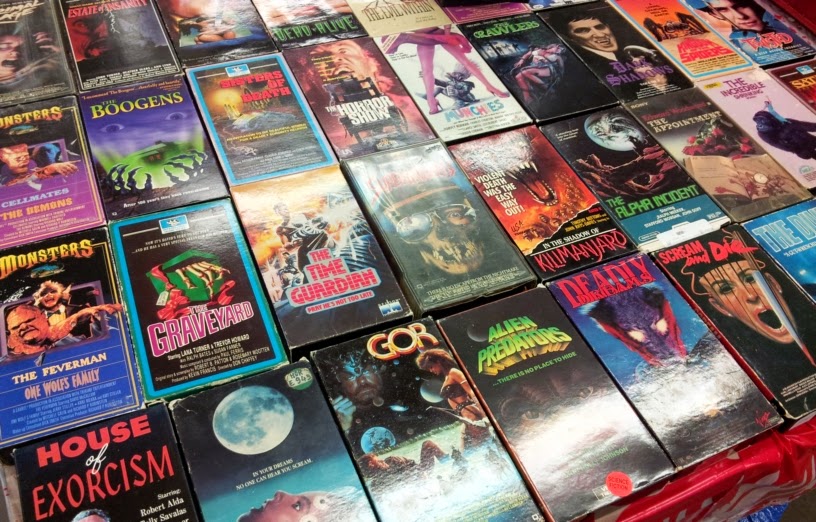 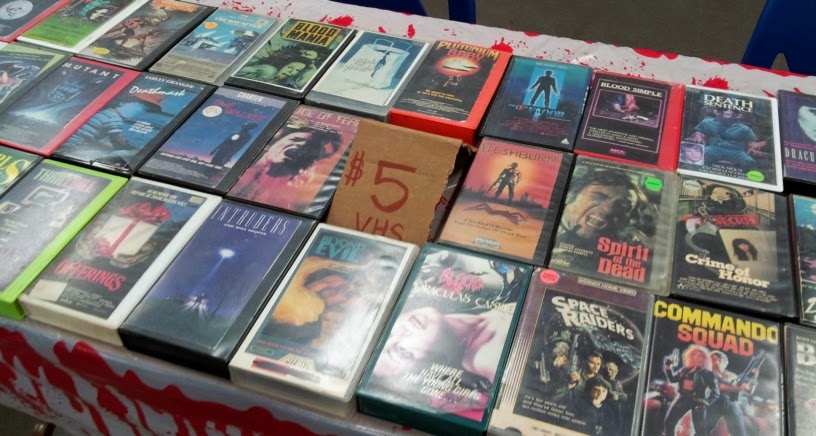 So, like I said. A regrettably abbreviated account of the event this year, but hopefully you get the idea. I definitely need to plan more smartly for next year.
Posted by Jay Clarke at 12:30 PM