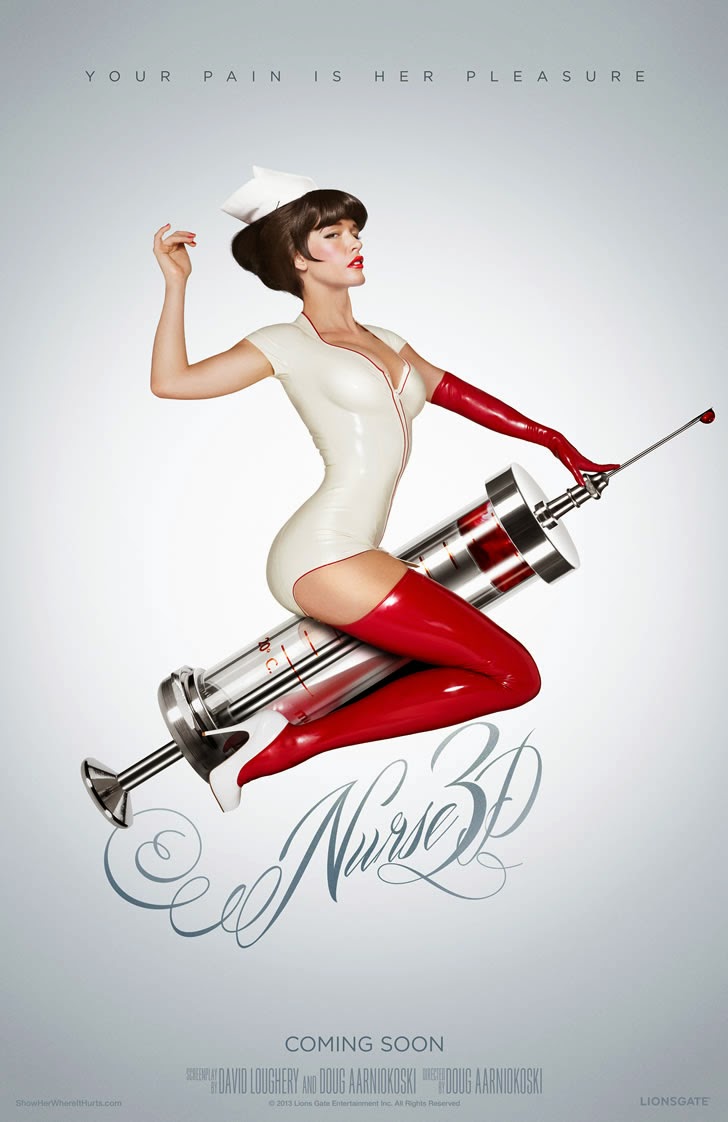 Abby (Paz de la Huerta) is a dutiful nurse by day and executioner of adulterous men by night. After becoming obsessed with a young nurse named Danni (Katrina Bowden), she goes about removing the obstacles keeping them apart.


The truth is, I saw Nurse 3D a few weeks ago, as part of Rue Morgue Cinemacabre (now recently moved to its new digs at The Royal Cinema), but felt I needed more time to actually put what I saw onscreen into words...


Well, time has passed, and I'm still no better equipped to articulate it, so I'm just gonna power through. So, the movie's a fucking train wreck. There's no getting around it. However, imagine if that train - driven by an always at least half naked Paz de la Huerta - was carrying fun stuff like Coke & Mentos. One hell of a spectacle, right? 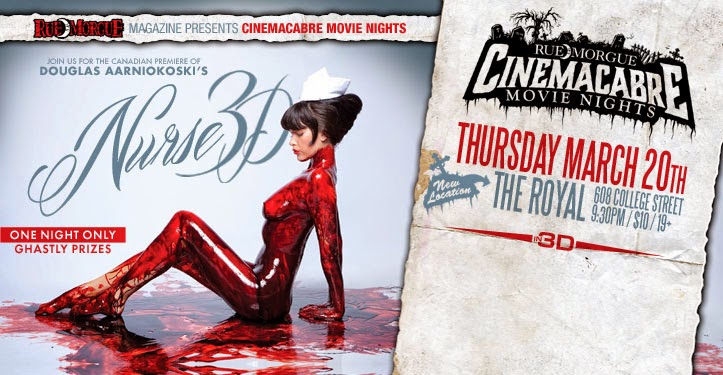 Seriously though, story and blatant medical inaccuracies aside, it does actually deliver on the important thing, which is to be entertaining. The last act, which was beyond over-the-top, was highly enjoyable and made me wonder why it just didn't try and maintain this level from the get-go. I feel to really attain what I assume director Douglas Aarniokoski was going for, it needed to go even further with the crazy, or at least abandon its troubled attempts to be a legitimate sex thriller in the vein of Single White Female or Basic Instinct. The result is a tone that is pretty erratic. Nurse 3D seemed to be split between its two female leads, which would be fine, if one wasn't playing the material straight and the other one absolutely batshit-crazy. I'm sure you can glean which one is the latter.

There is also the fact I may have been slightly distracted trying to figure out whether de la Huerta was actually acting or just being herself. With all the stories and rumours flying around about this production, it is difficult to discern whether she gives a really bad performance or a really good one.

All right, let's get down to the important stuff. If skin is what you desire from Nurse 3D, then rejoice! I'm actually beginning to wonder if de la Huerta has a phobia against wearing clothes. There's actually a scene she carries on an entire conversation naked from the waist down. Just cuz. By the way, I'm not complaining – I would never complain.

It seems many people are trying to tag Nurse 3D as the new “Showgirls”. I think that may be giving it too much credit. I'm of the mind that Paul Verhoeven knew what we was doing when he made that film. And even if that isn't the case, Aarniokoski is no Verhoeven, let's face it.

At the end of the day though, Nurse 3D had boobies. Lots of boobies.
Posted by Jay Clarke at 10:00 AM