Hello all. Just got up after a very busy Saturday, but more on that at a later date. For now, here's some scraps of horror kibble.

Exit Stage Right One In.


I was not aware until this week that there is currently a stage production of the Swedish vampire film Let The Right One In. Currently playing London's Apollo Theatre, it was brought to the stage by Jack Thorne & John Tiffany and stars Rebecca Benson & Martin Quinn as Eli and Oskar, respectively. Here is a still and trailer from the show. 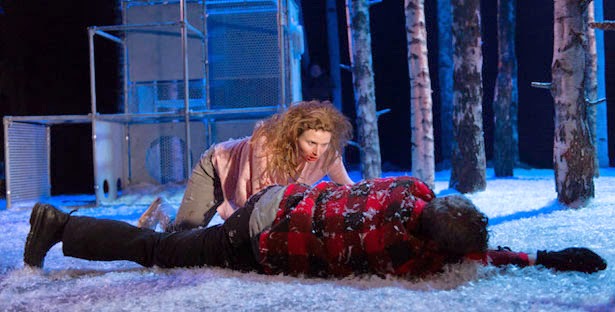 The set design looks spectacular, and I really would've liked to have seen how Benson tackles the complicated character of Eli. If you're in the UK, Let The Right One In runs through September 27th. For more info, click here.


I dropped in on a friend's birthday party last night and in his drunken ramblings couldn't stop praising a horror film he had recently watched called The Borderlands. He said it was top notch, and couldn't believe that no one was talking about it. Here's the trailer below.


I don't glean anything more than your standard supernatural, found footage flick from the trailer, but I trust my friend's opinion. He assured me it didn't end with a title card saying, “find out what happened at www.weretoolazytoshootanending.com”, so that's a plus. Apparently, The Borderlands was a hit at last year's FrightFest and is now playing the UK, so if it has legs, I'm sure we'll see it over here at some point.


To close out, I just wanted to post one of Fright-Rags newest bad-ass Tees. 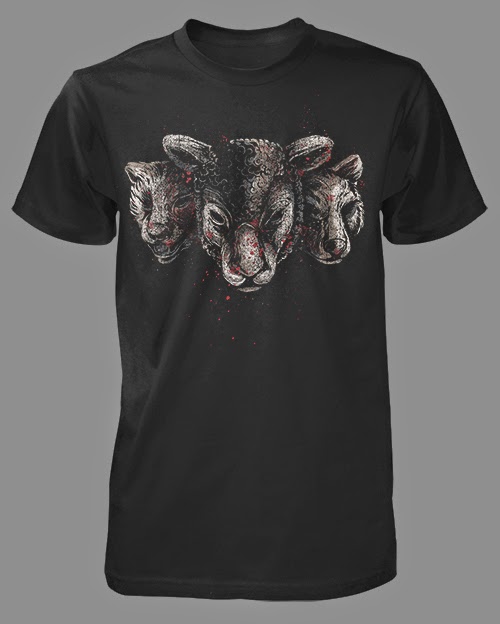 This You're Next design will be coming to my closet soon, I assure you. If you'd also like to join the pack, click here.
Posted by Jay Clarke at 12:13 PM