Hello all. I hope you're enjoying your weekend. Here's some sweet horror morsels to nosh on.


A bunch of trailers hit the web this week. Let's start with the most important one.


[REC]4 continues on where the second film left off - the third film Genesis actually took place in tandem with the first two in regards to timeline - with Ángela (Manuela Velasco) escaping from the tenement building and put under quarantine. As we can see, things go from bad to worse. [REC]4 will be screening at Sitges this October, but fingers crossed it plays over here sooner.


The second is the trailer for the Canadian comedy horror WolfCop, a film that's been tearing up my social media feeds for the last few weeks.


I have to admit this looks of a lot higher quality than I was expecting. To say their advertising campaign is “aggressive” would be an understatement, so it's nice to see that director Lowell Dean & company put the cash they received from CineCoup and their Indiegogo campaign to good use and getting the word out there.


This is my thought process during the above trailer.


“Hey, that British chick is sexy. Oh, another found footage movie. Good location though. So, it's The Descent in the Catacombs, when are the monsters gonna show up? Oh, wait no, it's Event Horizon in the Catacombs. With CG.”


Hurm. In the space of the two minutes of that trailer, they literally lifted two sequences from Neil Marshall's quintessential film verbatim. It is apparent The Dowdle Brothers know the found footage genre - after such films as Quarantine and The Poughkeepsie Tapes - but talk about not putting your best foot forward. Oh well, at least the poster is bad ass. 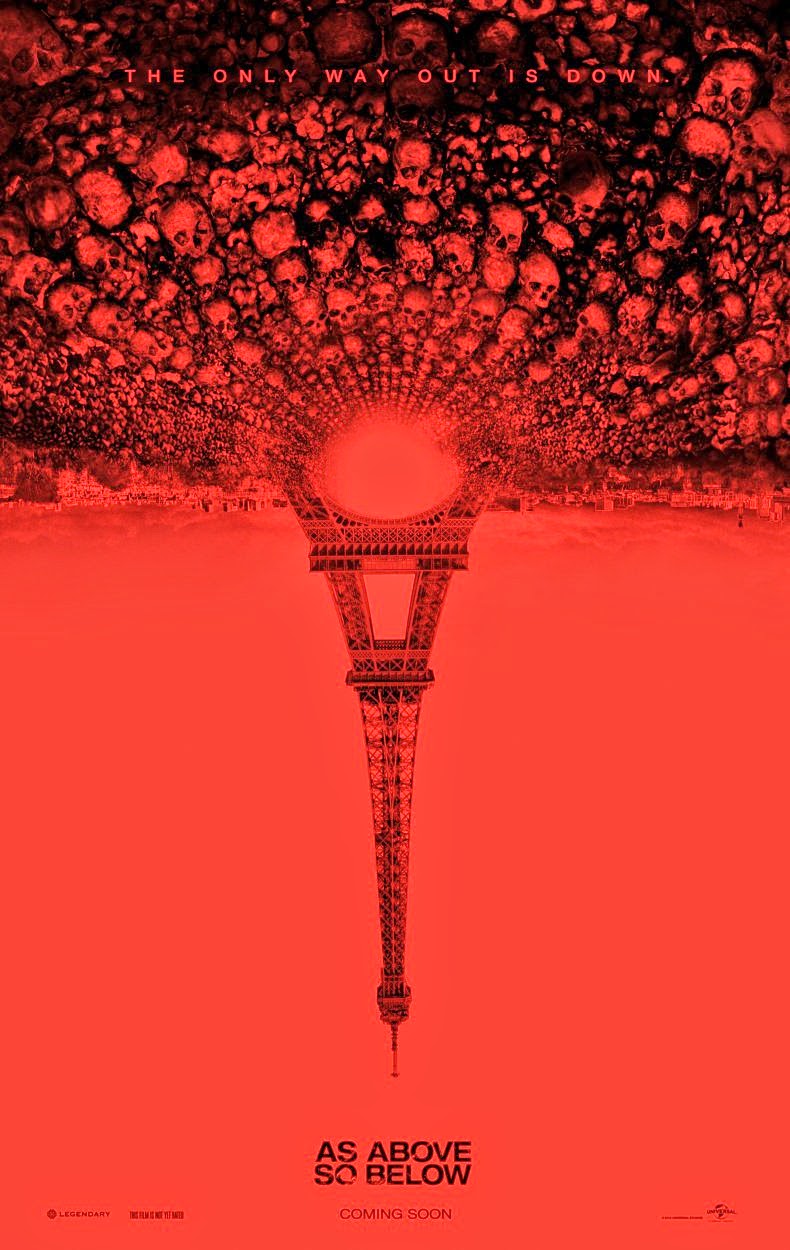 Bringing Back The Gore.


Mention the name “Guinea Pig” to any self respecting gorehound and his ears will perk up. Produced in Japan from 1985 to 1988, the six-part series was so infamous it even caught the attention of the FBI as possible snuff. Well, almost twenty years later, it was announced this week via Fangoria that Stephen Biro, the man responsible for bringing the series to US DVD, will be producing an American equivalent.

The first entry, entitled Bouquet of Guts & Gore will be directed by Biro, and feature effects from Marcus Koch. No word on a release date yet, but keep your eyes peeled, so to speak. For the full press release, click here.


I just wanted to pass along this link I found in my Facebook feed this morning. It is a link to the album Terror 404 from James “Perturbator” Kent. If you like retro film score synth, then press play on this.