It's Not Real. But It Could Be.

Anyone remember The Poughkeepsie Tapes? Before John Erick Dowdle directed Quarantine & Devil, he made a faux-documentary with his brother Drew Dowdle. It made a splash at Tribeca in 2007, but then fell off the radar. 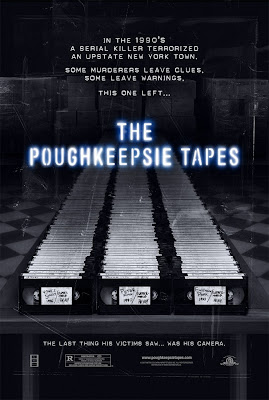 When police raid the house of a suspected serial killer, they instead find only boxes of video tapes, which feature some of the most gruesome acts of torture, murder and mutilation that law enforcement have ever seen.

There are several movies of this nature out in the world now, but rarely have they affected me like this one did. Sure, the August Underground flicks are shocking and repulsive, but they have no depth. The Poughkeepsie Tapes succeeded where those didn't because it didn’t show me everything. I suspect this choice was brought on by lack of funds – as opposed to lack of skill, as in Dowdle's later effort Quarantine – but the result remains the same. The shaky camera and poor video quality showcased in the trailer wasn’t nearly as annoying as I was expecting, as the ‘found footage’ bits were broken up by more static interview segments. Also, by having it be the killer filming all his transgressions, the movie sidestepped the common pitfall of ‘why is the camera still running?’ The Poughkeepsie Tapes didn't have me at first, but the further it went down the rabbit hole, revealing just how diabolical – and equally intelligent & meticulous – the killer was, the more it got its hooks into me. Even the idea that someone like this could really exist is troubling to say the least. 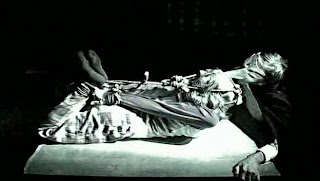 Obviously, the meat of this movie is the ‘found footage’ and lot of it is quite effective. I recently watched Snuff: A Documentary About Killing on Camera – that may have been half-decent if not for the inclusion of gaffawing buffoon R.P. Whalen – which showed archived video taken by serial killing partners Leonard Lake & Charles Ng. If you take away the costumed theatrics of the killer in The Poughkeepsie Tapes, both collections appear eerily similar. It is in this area, just on the fringe of reality, that this movie treads.

You have to at least commend the Dowdles for their commitment to playing this unrelentingly and unapologectically straight, going so far as to reference 9/11 and Stockholm symdrome to further off-put the viewer. Some uneven acting briefly messes with the illusion, but even through the credits it is presented as one-hundred percent fact, by excluding the trademark 'this motion picture is entirely fictional' tag. Not even The Blair Witch Project went that far with their ruse. 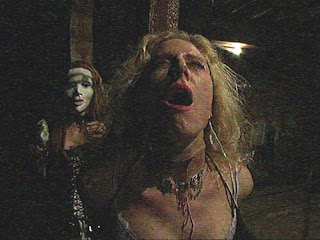 Perhaps the most shocking thing is that this movie almost got a theatrical release. I distinctly recall seeing a trailer for this at my local multiplex circa 2008 and thinking, ‘wow they are actually releasing this?’ Without even seeing the movie I knew that was a bold move. So, why did this film disappear?

Well, the logical conclusion lies with the rights holder, MGM. Their financial problems are well known and if they can’t afford to film – let alone release – big tentpole pictures like Bond 23 and the Red Dawn remake, they are certainly not going to sink money into putting out an obscure title like The Poughkeepsie Tapes. There is also the simple fact that the market for this type of movie is beyond niche at this point, so who knows when this movie will see the light of day.

Despite its technical limitations, there were several moments in The Poughkeepsie Tapes that stuck with me. I feel it rises above a lot of the torture video fare that it, should it ever get any sort of release, will be inevitably be lumped in with, by showing us a monster that could very well exist in our world.
Posted by Jay Clarke at 10:02 AM

Nice review!
As someone who grew up right next to Poughkeepsie, and having heard numerous good reviews I really hope this is released someday soon.