Just a few more days until All Hallow’s Eve is on us once again, so here are some cool Blu-rays to keep you occupied in the dark. 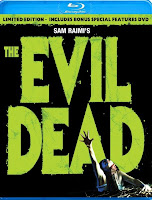 The Evil Dead recently got its day on Blu-ray. If you’re like me, you probably already have like five editions of this movie, so you might be wondering if you really need another. Well, all I can say is the Hi-Def transfer is pretty awesome. It’s so clean you can’t even see the edges of the moon mattes in the exterior shots anymore! There is also a new commentary with Sam, Bruce & Bob Tapert, which is also solid. It’s actually more of a round table discussion than a commentary, but I found there were a lot of new insights shared, since much time has passed since they got together last. All the previous featurettes from the 2008 DVD release have been carried over as well, which is a nice bonus. 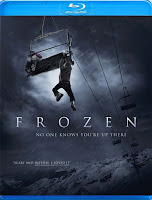 I was pretty sweet on Frozen when I saw it earlier this year and this Blu-ray has only solidified my opinion. This is a stellar package with supplementals that all shot all in HD and made with a great amount of foresight. In the four featurettes, a lot of attention is paid on the challenges of using real wolves on set and how much director Adam Green pushed his actors for believable performances. You really get a sense of how difficult – yet equally rewarding – this film must have been to shoot. You add two commentaries and some deleted scenes and you’ve got yourself a must buy in my opinion. 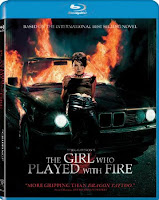 The Girl Who Played With Fire released yesterday on Blu-ray, so coupled with The Girl With the Dragon Tattoo, you can have yourself an awesome double bill before the final installment The Girl Who Kicked The Hornet's Nest releases theatrically this weekend. This series is excellent stuff that is required viewing for anyone who digs jet black crime thrillers. Some people grumble about DVD/Blu-ray combos, but I kinda like the idea because I get a DVD that I can then lend out to people who haven’t yet made the leap to HD. Though I do hate when they're packed in a DVD case, as it fucks up the feng shui of my Blu-ray shelf. 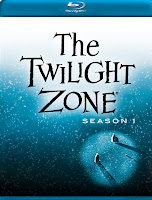 Last up, is the fantastic Blu-ray package for the first season of the classic television show The Twilight Zone. Not only do you get thirty-six remastered episodes, but also a staggering amount of special features. I wasn’t even able to get halfway through them all before writing this, and I’ve had it over a month! It has commentaries with historians, interviews with cast members, old audio lectures with creator Rod Serling himself, radio plays, isolated scores; the list goes on. This is the ultimate collection of one of the greatest shows to ever grace the small screen.

So, that should keep you busy this Halloween. Enjoy yourself kiddies and play safe!
Posted by Jay Clarke at 10:05 AM