It’s been a while since I’ve done one of these, but I had to bring attention to a title that has finally been released after suffering a four-year stint in distribution hell.

I first saw S&Man way back in 2006 at Midnight Madness. It was a curious little documentary by a young filmmaker named J.T. Petty. 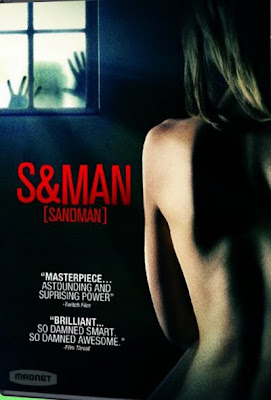 What begins as an exploration of voyeurism and the connection film (specifically the horror genre) has to it soon becomes increasingly more focused on one of its subjects, a filmmaker named Eric Rost aka S&Man. Eric’s series of self-produced short films all follow the same narrative. They begin with a woman being filmed in public without her knowlegde and then escalate to her violent murder onscreen. Each S&Man film is numbered and identified only by the woman’s name, her hair colour and the way she is killed. 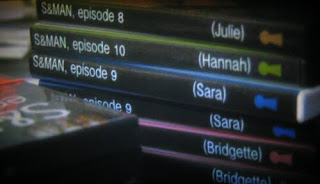 Petty talks to several filmmakers in his doc, including Bill Zebub (Jesus Christ Serial Rapist) and Fred Vogel (August Underground) and they speak very matter-of-factly about their craft. Bill Zebub, who I don’t think is seen without a beer in his hand, makes horror-themed spank movies for perverts and Vogel shoots films as near to snuff as possible. What makes Eric stick out is his envasiveness when pressed about his creative process. To go into too much detail would take away from the unique experience the documentary offers though.

S&Man does have an air of being thrown together at points, with jarring cuts and overlong shots, but what makes this far superior to something similar like Snuff: A Documentary About Killing on Camera is that S&Man has someone to identify with. Whereas Snuff was a bunch of talking heads, Petty is always there with us, sometimes even getting on camera with his interviewees. We take this journey into the dark corners of cinema with him. 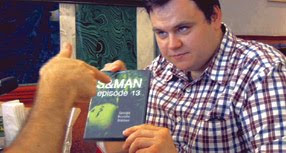 There are plenty of special features on the disc to offer some much needed context, which trust me, you will want after witnessing the final sequence of this movie. I know that everyone in attendance at the Q&A following the 2006 screening left that theatre very relieved.

I am so glad Magnet Releasing rescued this little movie from obscurity because it’s a very compelling watch.
Posted by Jay Clarke at 6:30 PM