This week's trailer is for the 1983 film Something Wicked This Way Comes, for which I attended a retro screening at this year's Fantasia.


It had been at least twenty years since I'd seen it last, and was glad to see that it still held up beautifully. All the classic Bradbury tropes were wonderfully showcased in this piece, directed by Jack Clayton and produced by Disney back when their children's films still had an edge to them.

Speaking of which, this Something Wicked screening was in celebration of the book launch of Kid Power! An anthology book co-edited by Kier-La Janisse (author of the fantastic tome House of Psychotic Women) and Canuxploitation’s Paul Corupe, Kid Power covers all manner of “cool, tuff and inspiring kids in cult film and television.” 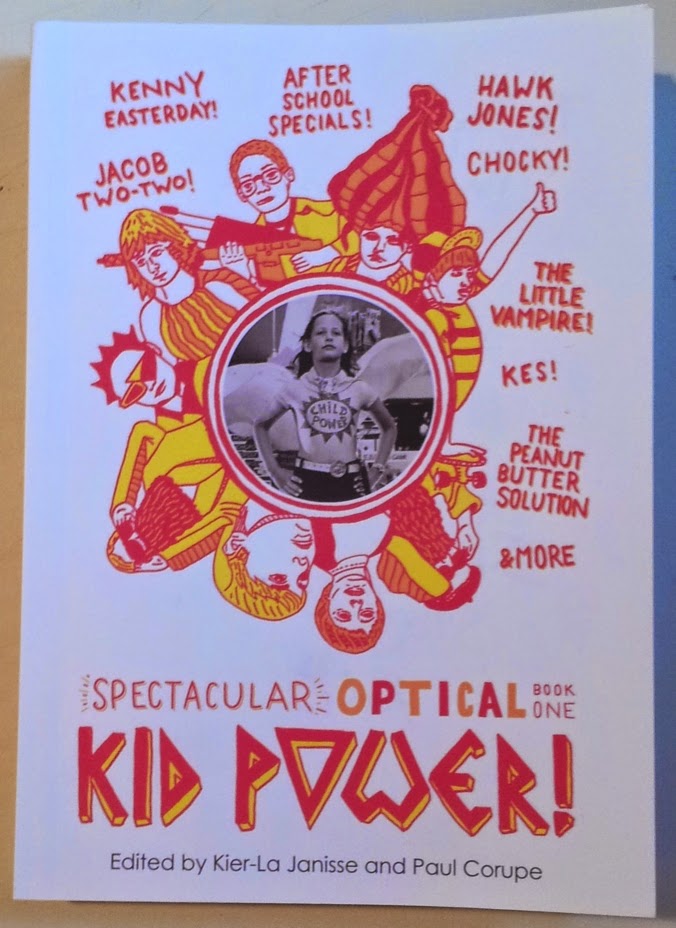 “Growing up, did you ever sit in front of a TV, a 16mm school projector or a VCR and come under the hypnotic spell of the tuff, sassy, cool and inspiring kids that you saw on the screen? Perhaps you grinned as Jacob Two-Two stood up to The Hooded Fang, thrilled as Hawk Jones grabbed a small arsenal to take down some gangsters or cringed as a bespectacled Scott Baio got stoned? We certainly looked up to many of these pint-sized tots, tweens and teens, and chances are you did too. That’s why we’re devoting the first anthology in the new Spectacular Optical book series, KID POWER!, to this inspiring world of kid cult classics from North America, the UK, Australia and beyond. From the 1940s antics of Curley and his Gang to the overwrought denim-clad melodrama of THE ABC AFTERSCHOOL SPECIAL, from the surreal fantasies of THE PEANUT BUTTER SOLUTION to the pre-teen bloodsucking dramedy of THE LITTLE VAMPIRE, KID POWER! is a heavily illustrated collection of film writing by a diverse array of some of genre criticism’s most unique voices.”

And to sweeten the event, they also had an all-you-can-eat cereal bar. Thanks to these guys, I am now back on the Froot Loops!

For more info on the book, click here.
Posted by Jay Clarke at 10:00 AM