I was scrambling around for something to review today and thankfully, the answer was no further than my coffee table. 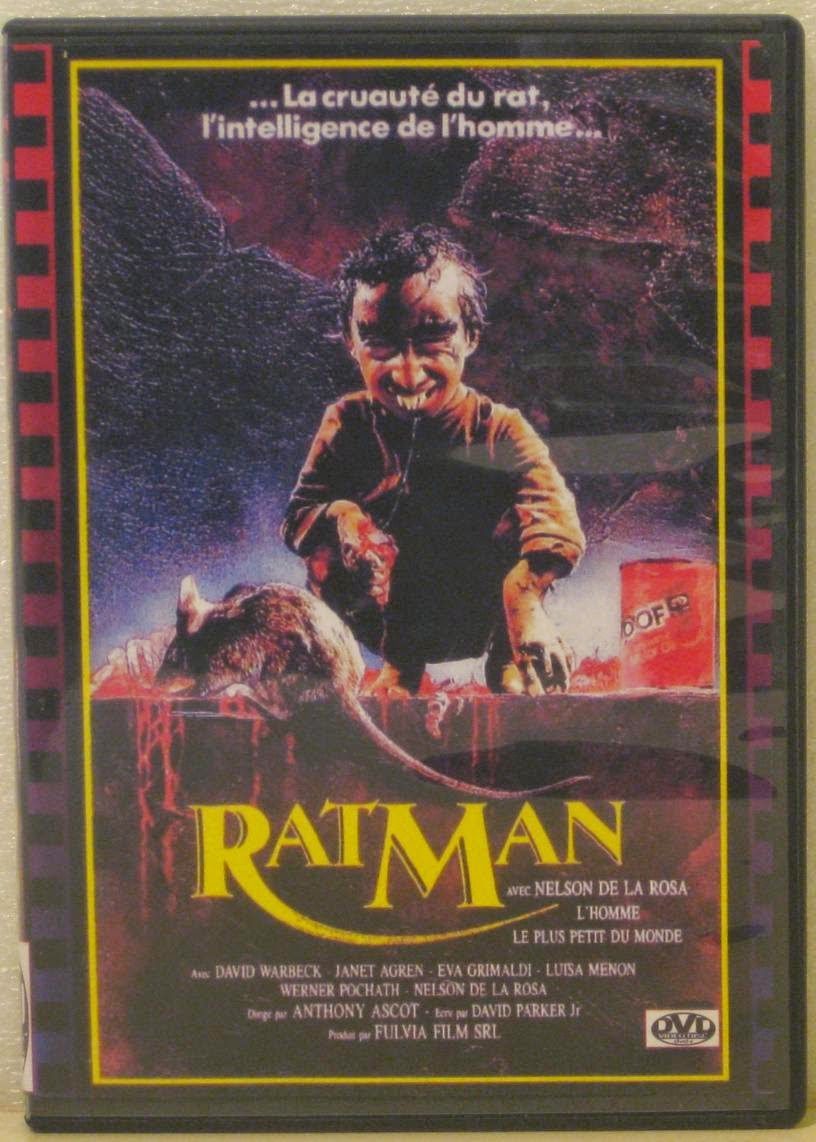 Denizens – and travellers alike – of a Caribbean island are terrorized by rat-like humanoid.

I bought this at the last Shock Stock because, well, it’s a movie called Rat Man, for fuck’s sakes. And it’s got Nelson de la Rosa in it – the little guy from Island of Dr. Moreau, you know, the one David Thewlis points at and yells “look at him... look!” – as a mutant rat-monkey hybrid.

Watching this movie brought me back, as this DVD rip was a bootleg of a VHS with English dubs and Japanese subtitles. It was like so many films I watched in the late-nineties and early 2000’s when I started venturing into The Big Smoke for movie rentals after picking the suburbs clean.

Rat Man has all the Italian exploitation hallmarks, including a lush locale, threadbare plot and pointless(?) nudity. I was a little disappointed in the lack of gore in the film though, as it was not nearly the level of excess I’d come to expect from such fare. I did, however see some familiar faces in David Warbeck and Janet Agren, so that was nice. Also, the one thing you can always count on with Italian horror is a great score and Stefano Mainetti's in Rat Man was no exception.

As I said, the story was fairly non-existent. One group of people searched for another group of people and in amongst the set pieces, you try to guess what Rat Man's going to jump out of. Consequently, due to de la Rosa being two foot and change tall, he can fit pretty much anywhere, including a wardrobe, a fridge, a toilet and even a freakin’ handbag! And yet for someone so small, he certainly got around the island at a good clip. His stalkees all had cars and yet he’d always be right there with them. So, either he was hitching onto their undercarriage, or the scientist that created him also built him a mini-teleporter, as well. Funny that the doc didn’t mention that while he was sprouting exposition in the third act.

You don’t need the title to tell you that the Rat Man is the draw of this picture, and I definitely found him unnerving. It's weird, I know. It should've been laughable whenever de la Rosa was onscreen – like these ladies should've been shooing him away with a broomstick or something – but instead I was inherently creeped out. It was like my brain couldn’t process how small he was compared to the people he was terrorizing. I guess I should feel bad that the little guy was being exploited but… he’s just so damn good at it! 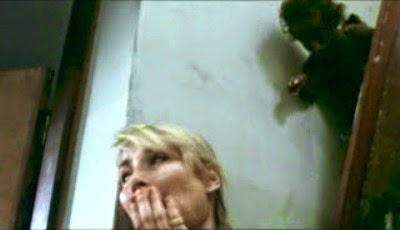 I also want to mention that one of my guilty pleasures is cat scares. Especially the ones where said feline is clearly being thrown in the air at a ridiculous angle by someone off camera. I can assure you that Rat Man delivers in that regard.


Rat Man is bargain basement Italian exploitation, but that didsn’t make it any less entertaining. Damned if I wasn’t sad when, at its conclusion on a classic freeze frame, I realized there was no Rat Man 2.
Posted by Jay Clarke at 3:00 PM

Wonderful goods from you, man. I’ve understand your stuff previous to and you’re just too fantastic. I actually like what you have acquired here, certainly like what you’re saying and the way in which you say it. You make it enjoyable and you still care for to keep it sensible. I can’t wait to read far more from you. This is actually a wonderful web site. white Pomeranian