Hey all! I'm heading out of town for a music video shoot, but not before I drop these little tidbits on you.

On The Right Track.


Some promising news came down the wire today out the upcoming adaptation of The Stand. Recently, director Josh Boone, while on Kevin Smith's podcast Hollywood Babble-On, talked at length about where they are currently at with the project; 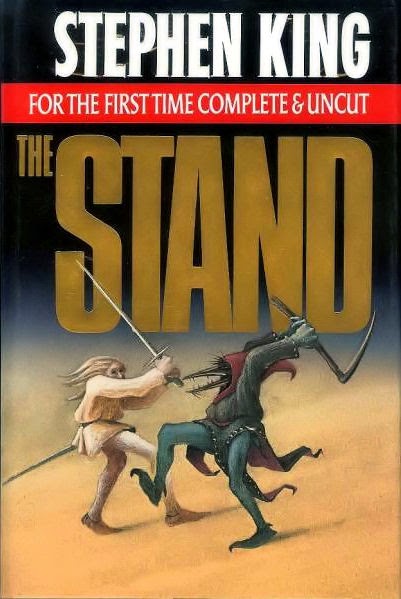 I like this development very much, as one three-hour movie - originally the plan - just would've not been enough to fully visualize King's epic masterwork. Now, as long as they don't go for a PG rating, like the sanitized nineties ABC mini-series version did, we'll be good to go. Now all they have to do is snag Matthew McConaughey to play Randall “The Dark Man” Flagg.


An activity that has sprung up in the last year or so has been Escape Rooms. These are events where a group of people get locked in a room for an hour and have to solve a series of puzzle before time runs out. The first one in Toronto arrived last Spring, and many more have popped up since. Here are three that I found recently that sound like a gas.

Some friends & I are booked for Claustrophobia next Sunday, so I'll be sure to let you know how it goes. You can check out all the scenarios at Trapped! here and Escape Zone here. Wish me luck and Godspeed!