Hey all. Well, that was a string of crazy weekends, but I can now get things back to normal around here. Check out what's been going on in the world of horror in the meantime.

Kickin' It A Gogo.


A slew of crowd-funded projects have appeared in the last few weeks and here are three that caught my eye.


A few months ago, I posted about a comic project out of the UK called Slashermania. Now, creator Russell Hillman is turning to the horror-loving populace for help. Here's the recently released five-page promo. Click to enlarge. 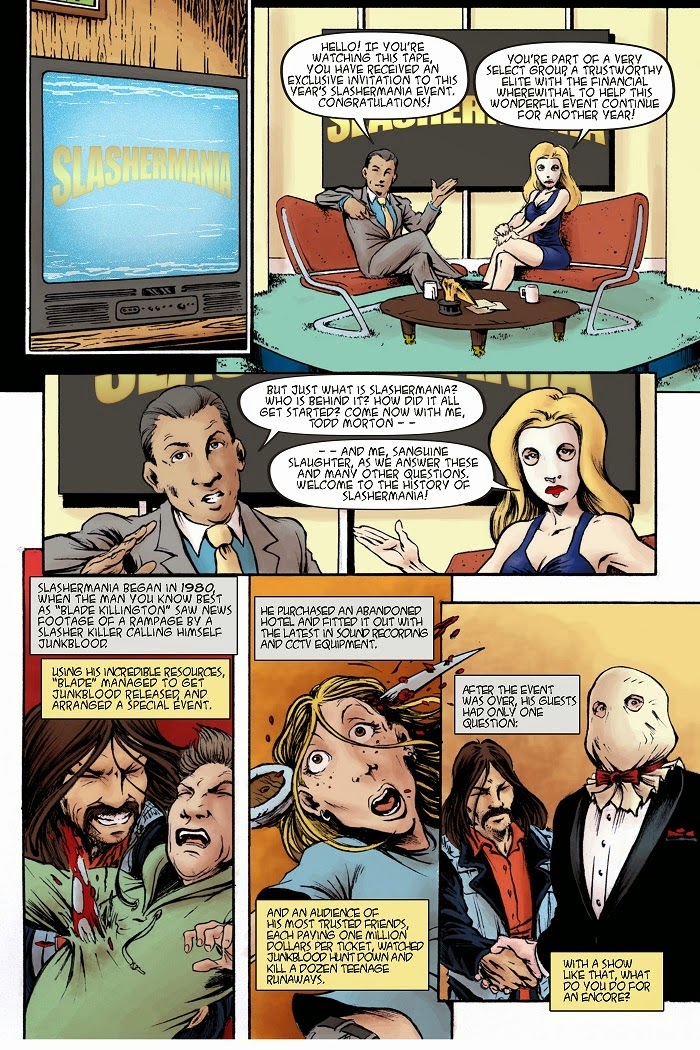 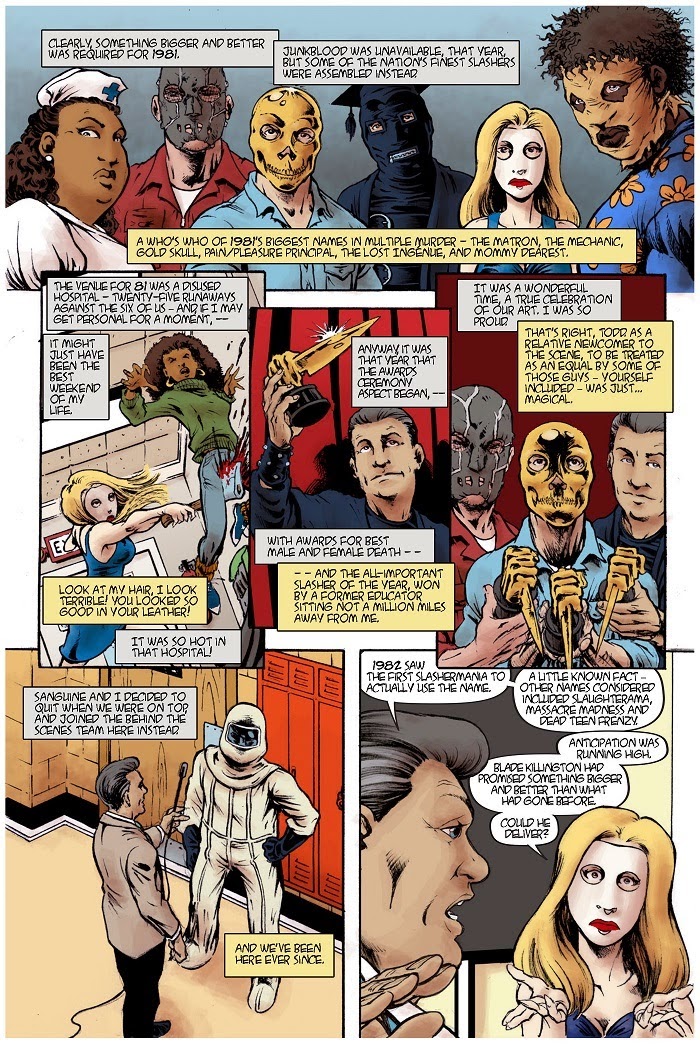 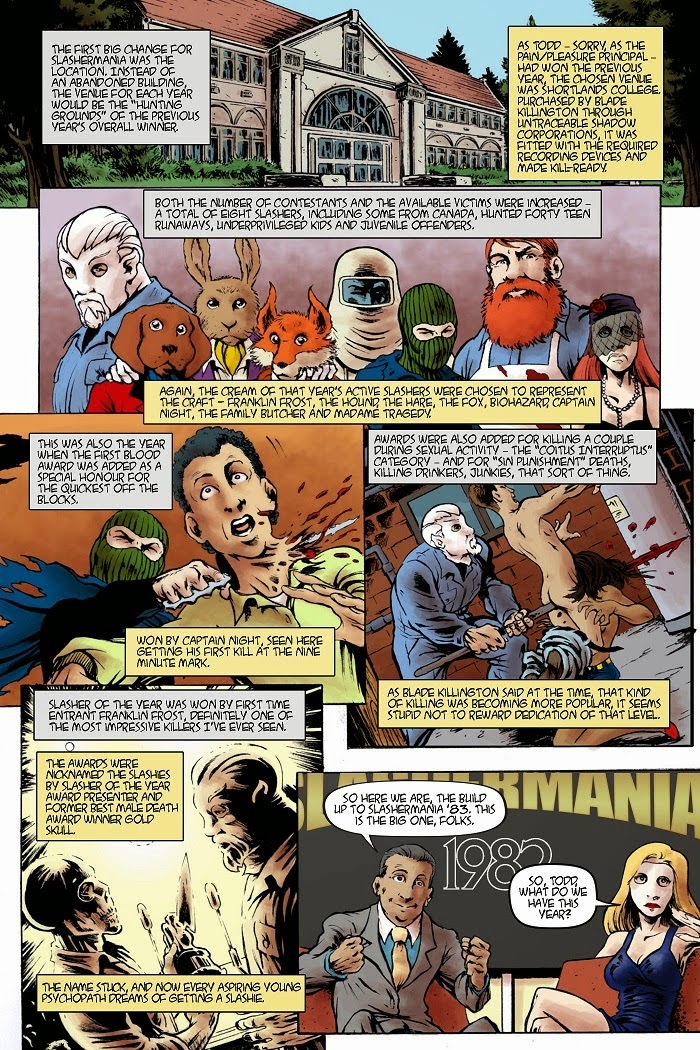 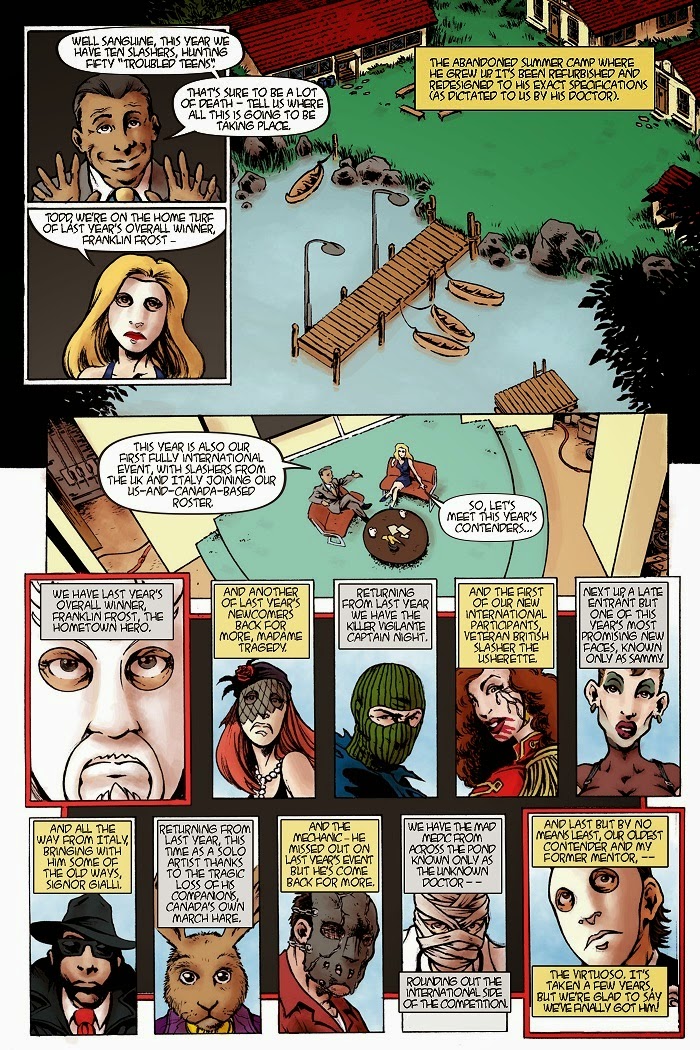 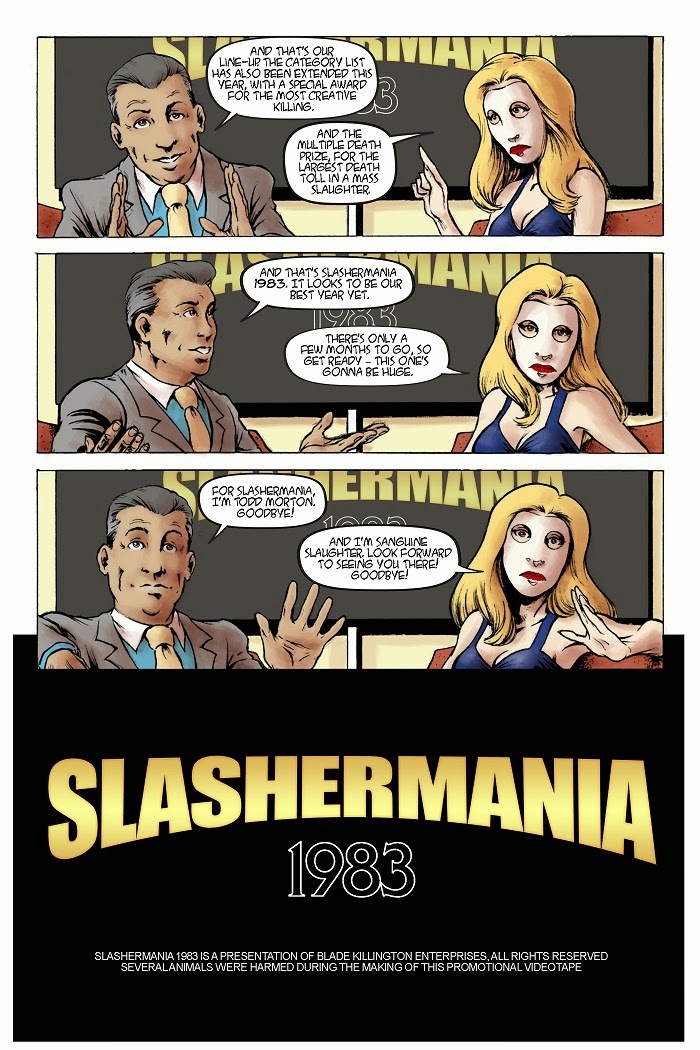 I dig this idea. It's what I love about slashers boiled down to its essence, with an added reality television element. This has worked previously in film, with titles like My Little Eye and $la$her$, so I'm interested to see Slashermania happen. To check out the Kickstarter page, click here.

In 2012, I caught a cool little indie during Toronto After Dark called After by director Ryan Smith. Now, Smith is working on his next project, Reverse and is looking for assistance. Here's the pitch.


Time travel is particularly hot right now, not only in the blockbuster arena with Edge of Tomorrow and the newest X-Men flick, but also the indie scene with titles like Predestination and Time Lapse really elevating the genre. So give generously, won't you? Check out the donation page, by clicking here. 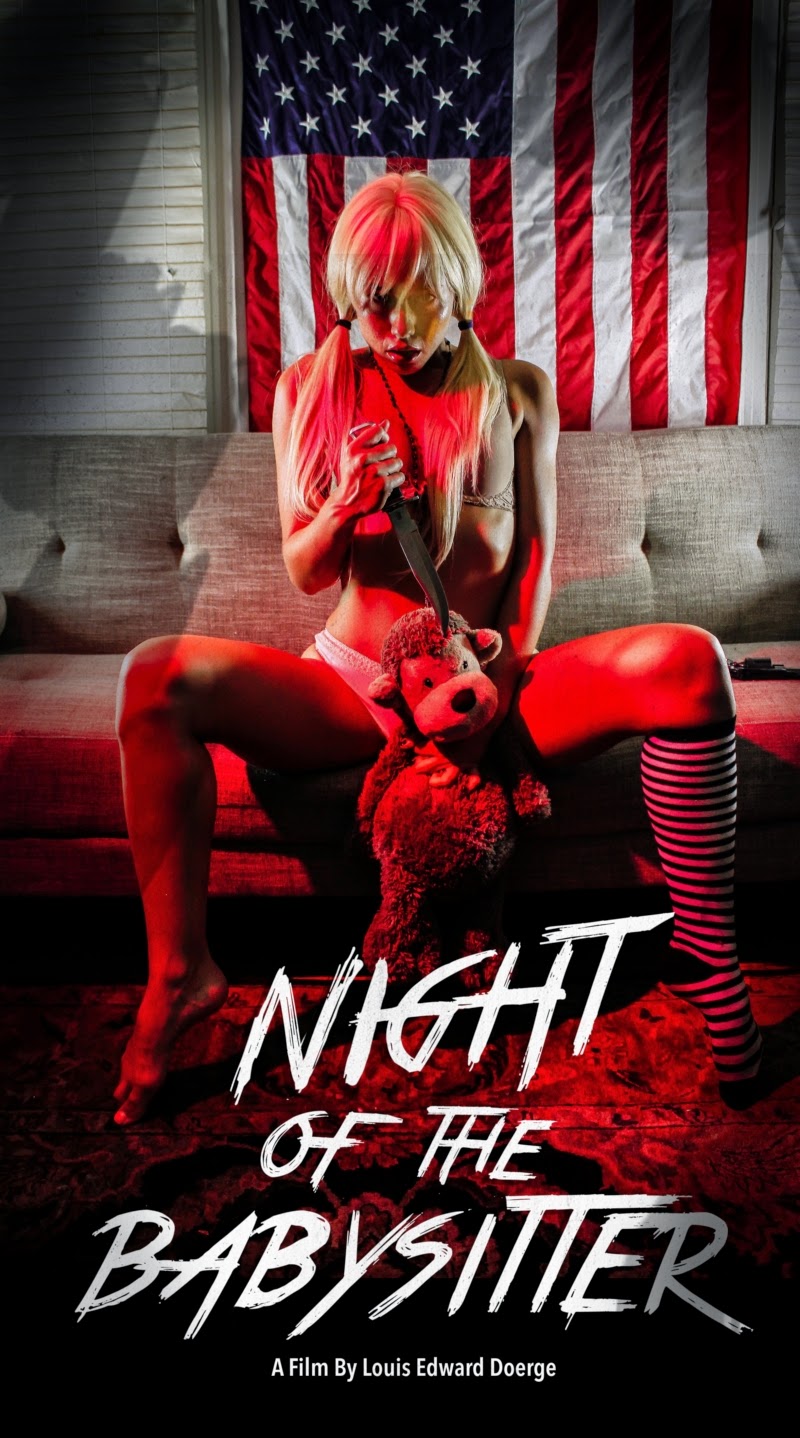 I'm mean, look at that!!! Night of the Babysitter is described as “Horror, crime, sex and hip hop are united in this rousing portrayal of a father and daughters’ unpardonable revenge.” Check out the pitch below.


While the hip-hop element doesn't particularly appeal to me, the story is very intriguing. Click here to see their Indiegogo page.

Some amazing news came over the wire recently. John Carpenter, partnered with Sacred Bones Records, will be putting out an album of previously unheard film scores. Releasing February 3rd, Lost Themes will contain nine tracks, including this one entitled Vortex.


If that doesn't excite you, I don't know what will. Check out the Sacred Bones site, to see Vortex played alongside tons of clips from Carpenter masterpieces.

It's Got A Death Curse!

Though I have sadly fallen out of gaming in the last year - not by choice I can assure you - I am extremely excited about this new project called Summer Camp. 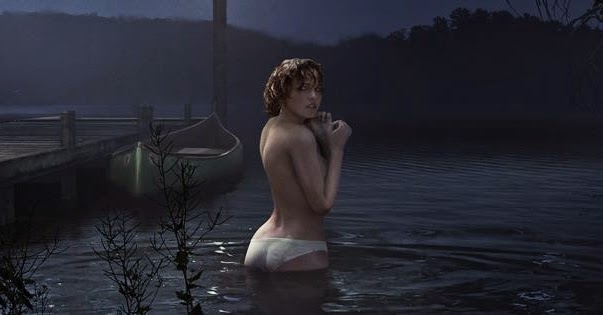 Produced by Gun Media, in collaboration with gore guru Tom Savini, Summer Camp is “a third-person survival game set in a wooded campground in which players take on the role of one of 6-8 teen counselors – or the killer – and are asked to survive the night.”


It is releasing next year via PC, PS4 and Xbox One, so we can expect to be hearing more info soon. Click here to check out the website.
Posted by Jay Clarke at 1:54 PM