I mentioned that last week at Horror-Rama, I found a rare VHS tape of an eighties shot-on-video slasher called Spine. 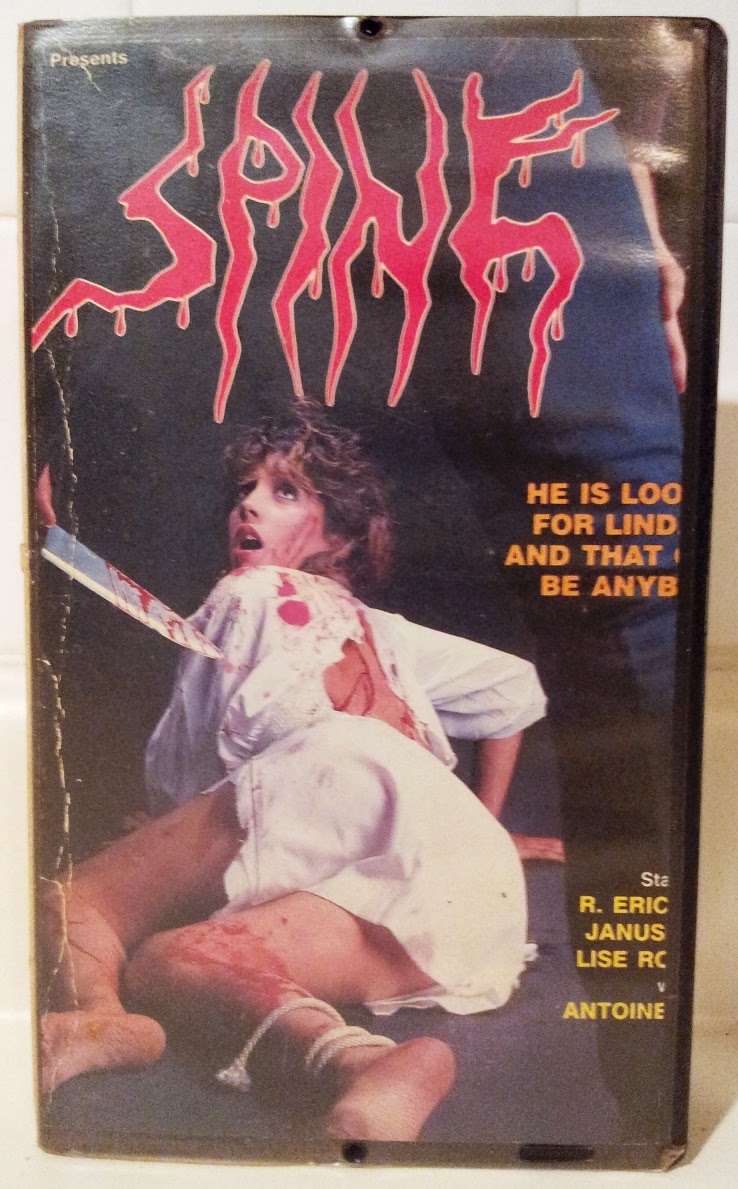 I am still surprised I came across this, as even its diminished cut box state, it is still quite valuable. And, even more to my surprise, the actual tape inside was in immaculate condition and showed almost no wear at all when I viewed it. 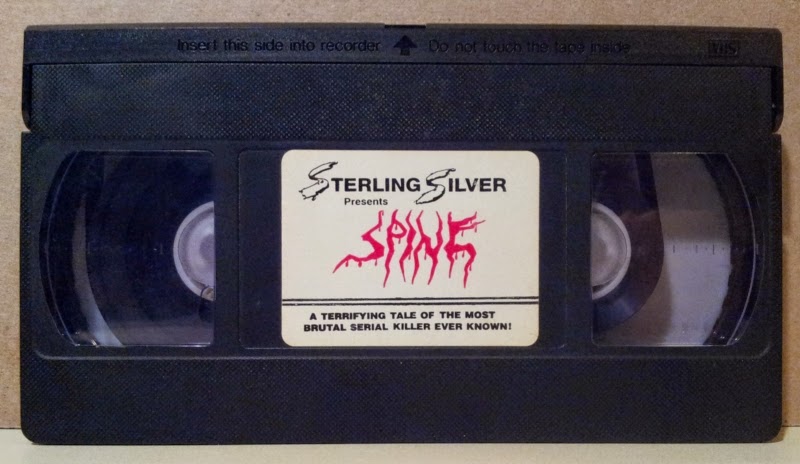 However, much to my disappointment, the movie itself was fairly toothless. Paul Zamarelli from VHSCollector.com pretty much sums up Spine perfectly here.


As thorough as Zamarelli's review is, I have to say I was surprised he didn't mention the constant use of hats. There's this one guy, supposedly a detective, who for some reason, felt the need to wear a hat in every scene. And I don't mean something occupation-specific like a fedora, I'm talking like trucker's caps and weird fishing hats! 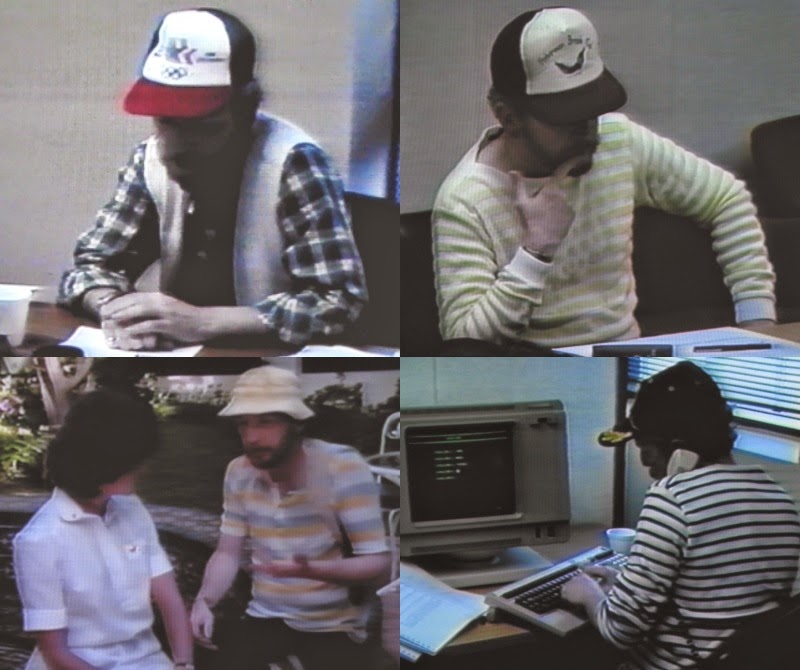 I suppose it is some kind of in-joke, his partner even saying “nice hat!” in their first scene, but it winds up just being another confounding element to this mess of a movie.


I'm still very happy I got my hands on this, but is by no means a crusty treasure like The Abomination or The Video Dead.
Posted by Jay Clarke at 10:00 AM

The benefits of eating beef is plentiful. Meat which includes red meat category, has a plentiful nutrient content yanag. But red meat is not necessarily free from risks.

However, although there resep biji salak are risks, we do not avoid beef. Provided that what we eat tailored to the needs of the body. Moreover, the processed beef is many kinds, such as burgers, sausages, or nuggets.

The risk of eating beef will increase along with its processing is not suitable, such as excessive roasting, to have this desired color. Due resep tahu telur to the higher karsiogenik substances, which cause cancer growth.

Here are some of the risks of excessive consumption of beef which we quoted from Boldsky:

1. Alzheimer's
Mereah meats such as beef, rich cara membuat martabak telor in iron, and a very good moment of growth. However, researchers believe that if the protein of beef, named Tau and beta-amyloidal, which accumulated can affect the performance of the brain, and interfere with brain cells that can lead to Alzheimer's.

2. Cardiovascular Disease
Red meat can not be separated from high cholesterol and fat, can lead to high risk of cardiovascular resep lasagna panggang disease, which is a blockage in the blood salurah. But do not be afraid, as long as we are healthy digestion, digestive tract bacteria will break down fat and cholesterol than beef, which is named Carnite.

3. The risk of colon cancer
Many studies have shown a high risk for those who frequently consume red meat, for developing colon cancer, it can also be due to lack of fiber consumption.

4. Diabetes Type 2
Berlebian beef consumption will increase the risk diabets, about 50 percent. Therefore, we do not letagihan to eat beef.

5. Processing is
Many food manufacturers are fraudulent in the processing of beef, they sometimes label their products with a composition of 100% beef, but many mix that we do not want in it. So avoid eating processed beef.

6. Obesity
This is the "disease" most suffered by the global community today. The beef is high in fat, it is very popular, especially children, and sometimes parents late when children affected by obesity, and it is difficult to prevent