Hey all. I hope your holiday preparations are going smoothly. On the horrible side of things, here's what I have for you today.

Last week at the Sony Playstation press conference, more details were revealed about their upcoming horror title Until Dawn. Here's the newest trailer.


The interactive slasher featuring Hayden Panettierre looks like a cross between Heavy Rain & Friday the 13th, which you can imagine is of great interest to me. Set for release on the PS4 in mid-2015, I can't wait to get my hands on it. To see some actual gameplay, click here. 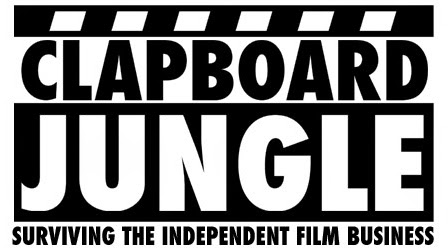 Combining his own experiences from over fifteen years in the business with an impressive list of interview subjects including Tom Holland, Brian Yuzna, Tom Savini and Dick Miller, Clapboard Jungle aims to be a user's guide to the world of indie film. Set for release sometime next year, the website is now live and can be viewed here.


I came across the little 3D animated gem called Bogeyman this week.


Orchestrated by Andrew Lord and Ben Haworth, this passion project created between jobs is a perfect example of economy with wonderful use of visuals to convey story. Well done, guys.
Posted by Jay Clarke at 2:29 PM