Hello all! I'm hitting my first Escape Room in a few hours, so I'll be brief. Here's what I've got for you this week.


For years, a Toronto fixture has been a midnight marathon called Shock & Awe put on my cinephile Dion Ventress. Now, having worked in film and television production for years, he has now begun his latest endeavour - directing not only his first horror feature, but the first ever shot in Kosovo. But he needs your help. Here's the teaser below.


Dion's a cool cat, with an encyclopedic knowledge of cult film and all things weird, so if there's anybody I'd like to see make a film, it's him. Check out the IndieGogo page here.


This week, Sundance announced the slate of Midnight films screening this January. It looks like there are some doozies here.

Last year, Park City rocked the house with The Babadook. In 2015, it looks like Irish director Corin Hardy is set to bring similar scares in The Hallow, about a man who must protect his family after awakening evil beings during a agricultural survey. And it has Michael Smiley. I love that guy!

Rodney Ascher, who brought us the fascinating documentary Room 237 last year, is back with another doc/horror hybrid called The Nightmare. This one visually explores the terrifying affliction of night terrors and sleep paralysis through the eyes of eight subjects.


Eli Roth returns with a new thriller starring Keanu Reeves called Knock Knock about a married man set upon by two mischievous young girls - one of which is Ana de Armas from Blind Alley, so...

What began as a ABC's of Death contest submission in 2011 has now become a feature film. This Canadian/New Zealand co-production, which looks like a wonderful marriage between Astron 6 and Peter Jackson, will finally see the light of day in Utah this January. Here's where it all started below.


To see the rest of Sundance 2015's recently announced lineup, check out The Wrap's rundown here.


I heard about this cool looking upcoming comic on Bloody Disgusting this week. Dark Horse will begin running a comic called Lady Killer next month. 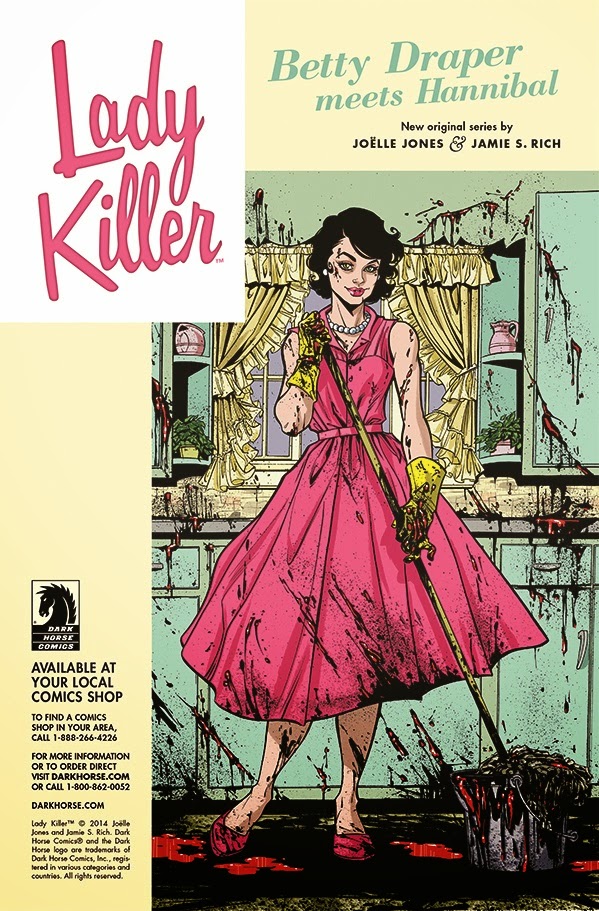 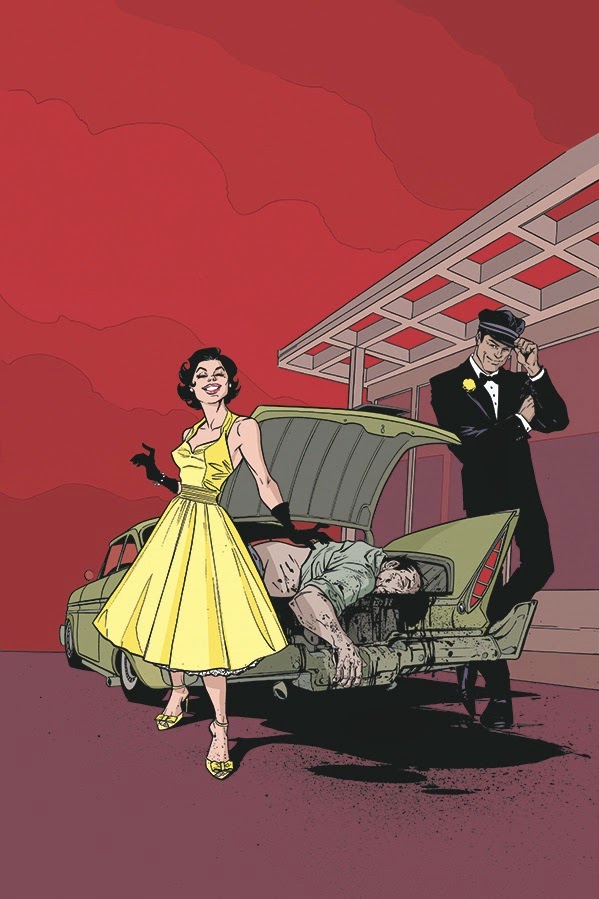 The “Betty Draper meets Hannibal” thing is all I pretty much need to know. Although from the preview pages here, it looks more like “Draper meets The Professional” would have been more apt. Unless of course, she's eating her targets! Whichever. I'm in!
Posted by Jay Clarke at 12:28 PM