It's been a very long while since I've talked about comics on here, so I figured I'd chime in on a new title from Dark Horse called Lady Killer. 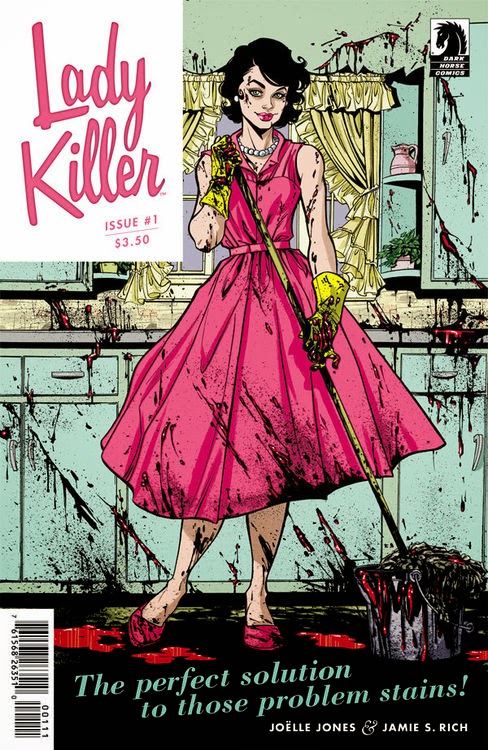 Written by Joëlle Jones & Jamie S. Rich, I dug what was offered up here. It's a pretty easy sell, after all. Does Mad Men mixed with La Femme Nikita seem like something you would be interested in? If you're like me, the answer is a resounding...

However, there was more to this than its delicious premise. The art (also by Jones) is extremely appealing with wonderful use of colour. I really liked that the colour palette was a lot more vibrant when Josie - the title character in question - was playing the homemaker than when she was on a job. This technique is often employed in film, but I've never seen in it done in comics before. I don't really read a lot though, so it could be common practice. 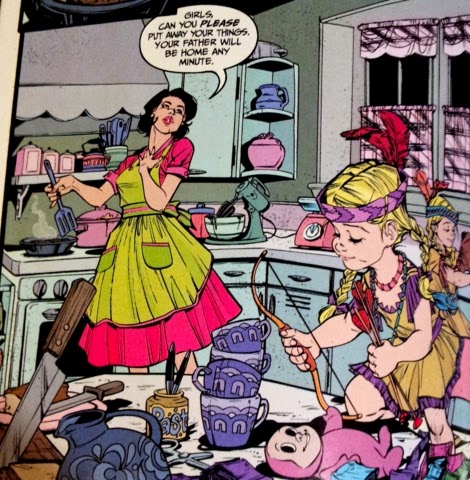 I also really liked the balance between the whimsical nature of the art and the stark violence that was represented within it.


My only disappointment was its short length. Then again, I usually read trades, so singles always seem really brisk to me. The inaugural issue was all about setup and was over before I knew it. I'm definitely in, though.

For more info, check out the Lady Killer Tumblr.
Posted by Jay Clarke at 10:00 AM