Hello all. Here's what I've got for you this week.

Word came down the wire this week that Crystal Lake Entertainment is planning on releasing a new Friday the 13th video game. No word on which developer they are partnering with, but they did say they intend it to be a multi-player experience with one of the players playing the iconic killer Jason Voorhees. 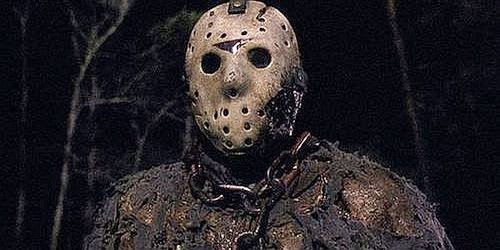 You know, it's weird. I should be excited for this, but i can't help feel that these guys are a little late to the party. With three slasher games already in development (Until Dawn, Summer Camp and Last Year) I can't help feel this is an attempt to cash in a rising trend. I can only hope this game will not just be shovelware and further tarnish an already soiled franchise.

Oh well, the game is set for release in October, so I guess we'll just have to wait and see.

One of my favourite short films of recent years recently found its way online. James Feeney's 2012 effort Killer Kart is hysterically clever and can be seen below.


It makes a wonderful double bill with Jason Eisener's Treevenge, wouldn't you say?

Last week, I said that rendition of The Car trailer was the best thing I'd seen using Grand Theft Auto V's online engine. Well, I spoke too soon. This wonderful take on A Clockwork Orange by WtfdidIjustwatch Productions will sharpen you up for a bit of the ol' Ultraviolence.