I've got some great news going into the weekend. My short film The Monitor will be playing the twelfth edition of The Calgary Underground Film Festival next month.

I'm absolutely honoured as CUFF is one of the premiere genre film festivals in Canada. If you happen to be in Alberta, my short film will be playing in front of the bat-shit crazy flick I Am A Knife With Legs at midnight on Sat, April 18th. 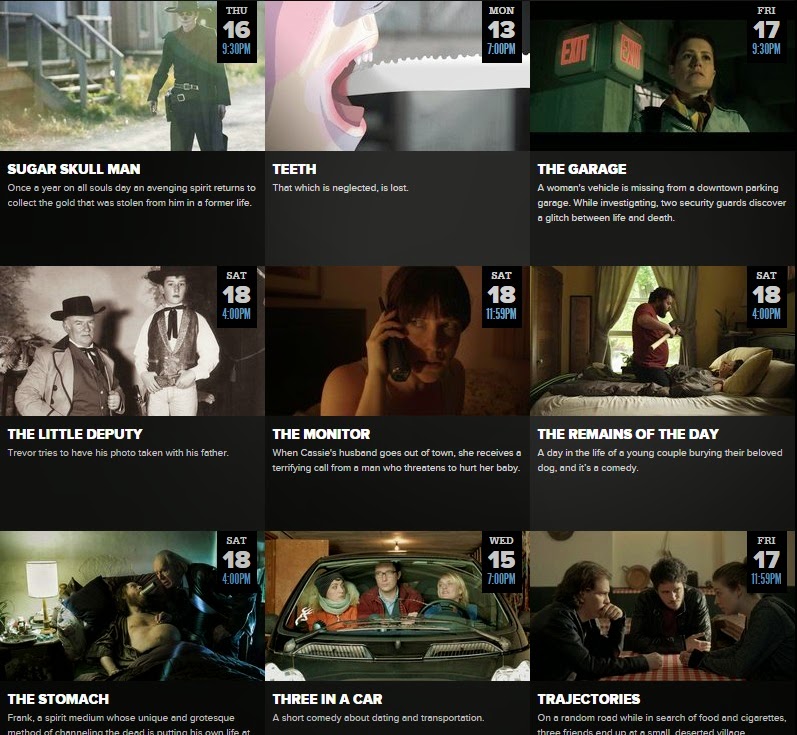 This year has some great flicks playing including Benson & Moorhead's Spring, the super sexy Duke of Burgundy, a revival of the infamous 1981 animal attack film Roar as well as a great David Cronenberg retrospective. For more info on the films playing, click here.

Man, this is just tremendous. Anyway, as you were.
Posted by Jay Clarke at 12:39 PM