Last Thursday, composer Fabio Frizzi brought his show to Toronto and it was pazzo stupefacente bellissimo!!! 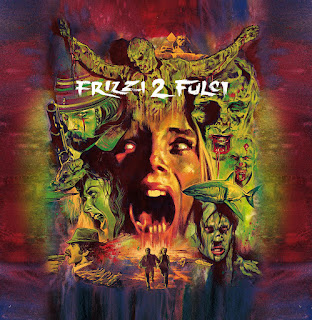 Despite being criminally under attended - seriously where was everybody from the Goblin show two years ago??? - Frizzi and his half-dozen accompanying band members (that included vocalist Giuletta Zanardi) put on a stellar show. It didn't seem to bother them at all, as they played through all the Lucio Fulci classics, some stuff from his work on spaghetti westerns and also his pumped up score from Lamberto Bava's Blastfighter.


I, of course, was sitting on pins and needles waiting for one particular piece, and it came early.


You no doubt recognize the man seated next to Frizzi - it is none other than Maurizio Guarini. Even thought the two of them have worked together for decades, this was first time they'd played together on stage. A truly epic night.
Posted by Jay Clarke at 2:30 PM