Hello all! It's October, the most glorious and spooktacular of months. Here's what I've got for you on this fine afternoon.


Journalist turned filmmaker Chris Alexander announced the details of his fourth feature this week, the giallo-infused BlackGloveKiller. Check out these sweet promo posters below. 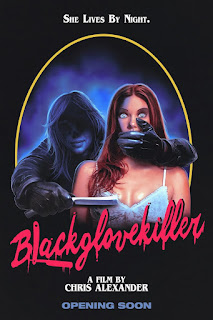 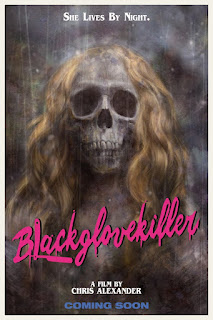 The film, that will feature music legends Peter Murphy and Nivek Ogre, follows the bloody trail of Miranda, a beautiful predator who stalks the city streets at night looking for prey and sits in her gilded cage by day, waiting for the sun to set.


Alexander, who will also score the film, describes BlackGloveKiller as “narratively, an extension of my other films, stories of women pushed into extreme situations, living on the fringes, told in a dream like manner.”


Taking on cinematography duties this time around is Gabriel Carrer (If A Tree Falls, The Demolisher) which seems like a good fit, as he also has a solid grasp of the retro aesthetic.


With Until Dawn still fresh in my memory, I've been looking for other genre-themed games. Recently, I came across this one called Kill Me Again, which basically looks like Bejeweled crossed with a Final Fantasy and Resident Evil. 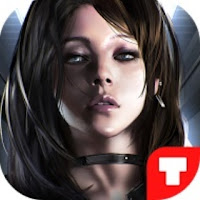 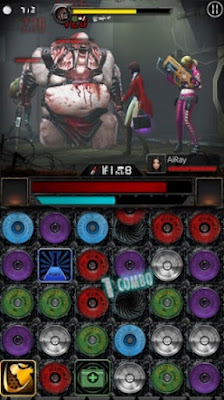 It looks complicated, but hey, it's free and available on both iOS and Android.


I am a big fan of stop motion animation, especially when it takes the opportunity to go where most filmmakers won't. One of Two Evils by Cristoph Younces is such a short, delving into the dark corners of domestic violence. Those who saw Younce's ABC's of Death 2 contest submission M is For Maieusiophobia should have some idea of what they are in for.


Considering the incredible stop-motion talent coming out of the UK these days (Robert Morgan & Lee Hardcastle among them) they should all pool their resources together and create a feature. I'd be first in line for that!
Posted by Jay Clarke at 1:19 PM

Too bad about the Diabolique FF. You look like you are in your element being professor Clarke and getting to screen your short.

Since funding must be difficult for personal projects have you ever looked into something more pedestrian such as directing Cancon commercials to build up your technique? I am kind of surprised you didn't pursue industry education at Sheridan, such as their Arts and Design program, instead of doing this as a hobby around a joe job. I'd hate to think Oakville back then bullied the aspirations out of you. But, look at someone like Ridley Scott - he never directed his first feature until he was almost 40.

Looking at the instagram link you listed to your old possessions, such as plastic GI Joes, Battle Beasts, Garbage Pail Kids stickers and Lite Brite, it's funny how all these were common to geek and dork culture back then, and perhaps we weren't aware that others were basically collecting all the same things. The Star Wars figures were how George Lucas actually got rich, not the movies. Back in the day I'd collect all the FF books as they came out, but it always bothered me that I never got something called the Clash of Princes; I remember seeing some at a used book store but I didn't buy them at the time and never saw them anywhere again. It looks like you went down futher in the '80s cultural rabbit hole than I did.

Yes, perhaps all of those things are true. Best not to dwell on it.

Clash of Princes? You mean this?
https://instagram.com/p/0N2NAHLNCH