Man, guys, that was probably one of the busiest weekends I've ever had, as I was running back and forth between Horror-Rama & Toronto After Dark throughout. More on TAD later because now I want to get you up to speed on what occurred on that pair of genre-filled days.


Horror-Rama took place at the Hyatt Regency this year, which was a little strange. Not only because the decor was a bit counter-intuitive (unless you're dealing with The Overlook) to the bloody business at hand, but also when you stepped into the lobby, you were greeting by this;

Many a smile was cracked over this I can assure you. Well, maybe not by the staff or the people on the left side of the hotel, but hey, fuck 'em. Anyhow, you wouldn't have needed a sign to figure out which way to go.

I picked up my pass and went in. I really didn't get as much time to shop (or take decent pictures of the show floor for that matter) as I would've liked, as my time there was cut short both days by TAD. Plus, there were many panels going down on the lower levels of the hotel. I've decided to get into those tomorrow and just focus on the actual event here. 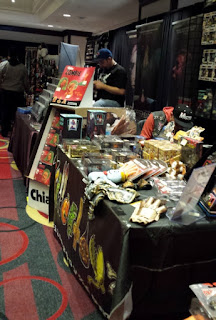 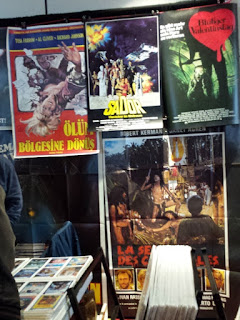 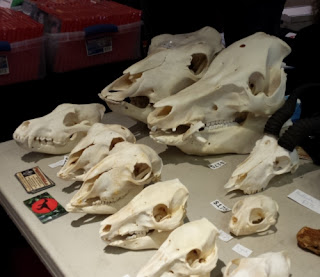 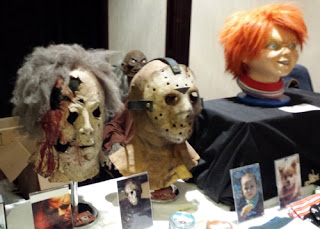 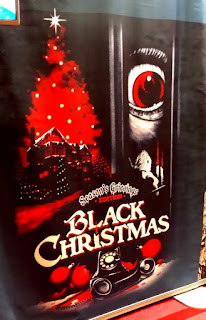 Due to my decreased time on the show floor, my wallet came away a little heavier than usual. But not by much. In addition to my annual contribution to Mike at Hollywood Canteen, I naturally picked up some VHS as well. There's a new vendor that's come onto the scene here recently and he has a ton of great stuff. 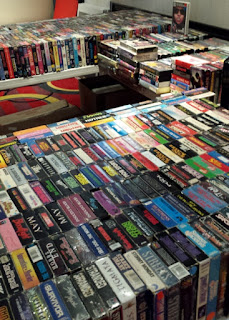 Myself, I came away with; 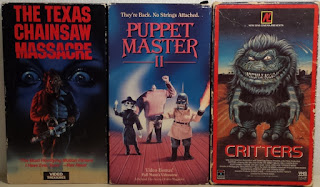 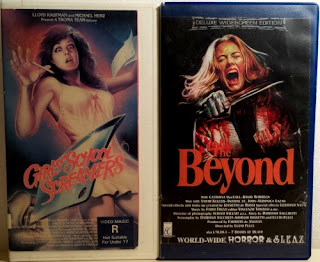 There is also a relatively new T-shirt vendor called Zombieinfo.com. Look at these beauties! 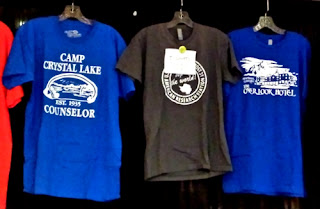 Even though I wasn't around for the official announcement ceremony, The Blood In The Snow Film Festival announced their 2015 line-up. 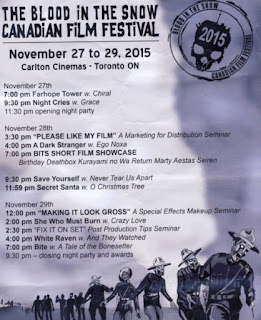 I've been looking forward to seeing Save Yourself and Secret Santa for a while, so good on the BITS crew for locking those down. My buddy Mike Pereira also has his newest short film, Deathbox playing the short film showcase, as well.


I also hit up the Fangoria table and picked up some mags. 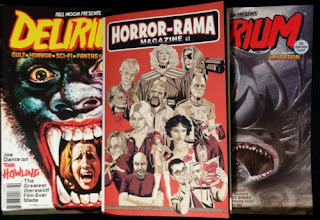 I have to give a shout-out to Chris & company on the festival programme. Most conventions just sort of throw together a convention guide, but this Horror-Rama programme, nay, magazine, was really top notch, filled with awesome interviews and info on the guests that were appearing this year. They really put some effort into this thing.


Even though the atmosphere was a bit tweaked by the surroundings - apparently the hotel were big sticklers about food or drink on the show floor and even frowned upon posters on the walls - everybody seemed to be having a good time. I have to commend Chris & Luis for keeping this going. In the absence of any real horror presence at Fan Expo this year, it was even more of a necessity.
Posted by Jay Clarke at 3:00 PM