While in Bloomington last weekend, my gracious hosts Rob & Sarah Mitchell showed me around town. This included swinging by the indie video store Video To Go in the neighbouring town of Ellettsville. 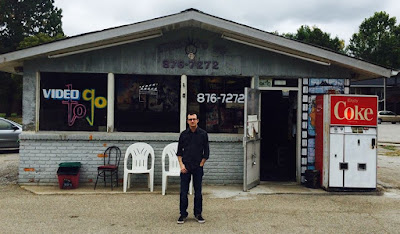 This is the best. Look at that Coke machine! Upon entering, I bee-lined for, you guessed it, the horror section! 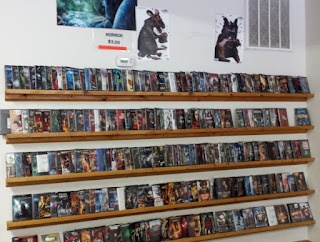 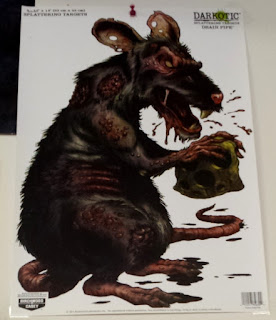 The proprietor seemed a little suspicious of us at first. Understandable I suppose, a couple of weirdos walking in on a Sunday afternoon and snapping lots of pictures. After we told him what I was doing, he let us know that anything in the store was two dollars to rent, and five dollars to buy. Sounds like a deal! 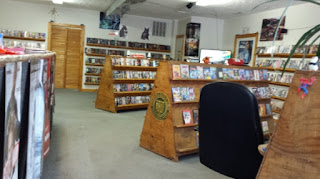 No VHS sadly, except for this awesome art piece on the wall outside. 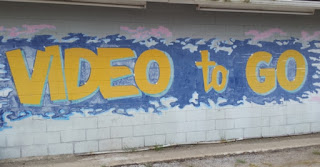 They even found a way to make the video store even more convenient! 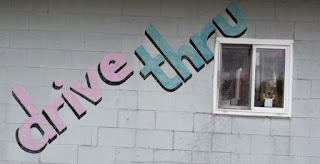 It gives me great joy to know that even though video stores may be struggling in large cities, they are still a viable enterprise in the smaller towns of North America. Video To Go is living proof!
Posted by Jay Clarke at 10:00 AM