I just wanted to squeeze these in before my festival/convention coverage starts next week. While I was at the local flea market recently, there was a guy near the entrance displaying his collection of horror movie statues and busts, the most impressive of which being below; 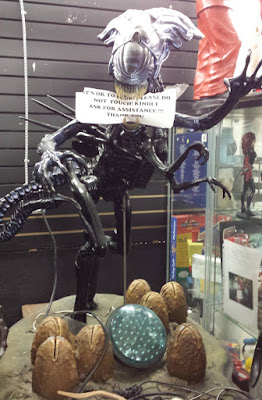 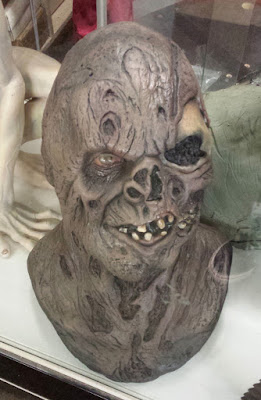 That Pumpkinhead statue was, no word of a lie, at least six feet tall. I never saw the guy at the booth, so I have no idea if they were actually for sale, or just show pieces, but they were pretty damn awesome, so just thought I'd share. Have a great weekend, and see you back here on Monday.
Posted by Jay Clarke at 10:00 AM